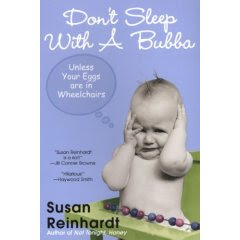 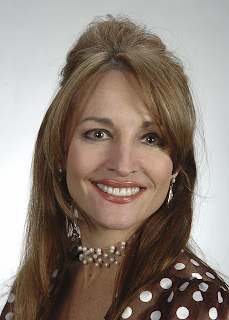 As a columnist for a local newspaper, I get all kinds of crazy stories. Just like the one that follows.

My friend Angela Moore, of Marion, is known as the hillbilly psychic. She’s so good at what she does, national Court TV has sought her out as a guest. Just this week, matter of fact.
But that’s not why she came to me in fits of embarrassment. The other night she and her husband decided to go to the movies. That wasn’t the bad part. The bad part came because women have small bladders — and other “problem” parts.

“It was the most horrible embarrassing thing,” she said of what happened while in her seat and watching “Balls of Fury.” “We always sit near the front and on the outside row, with me next to the aisle.”

Angela excused herself to go to the restroom. As she returned, something had happened to a character in the movie, so she leaned into her husband as she went to sit down.
She kept leaning, trying to figure out what was happening on the screen.

“What’s going on?” she whispered, and affectionately placed a hand on his leg. “What did I miss?”

I said, ‘WHAT IS GOING ON? I missed it while in the bathroom.”

She inched closer and tried to give her man a nice hug. The lighting on the screen brightened, and Angela noticed the fellow she was rubbing on wasn’t her husband.

“Nope, it was the startled face of an Asian teenager,” she said, wondering how she could have mixed up the two. “He had spiked hair that enhanced his look of horror, and I am telling you, it was pure horror on his face.”

She stammered around apologizing profusely, trying to right her wrongs. Then the second unthinkable occurred. This is something never discussed in polite company, so if you’re POLITE COMPANY, don’t read another word.

“I was bent over and started backing up when, because of the popcorn I’d consumed, I broke wind, a mild puff, but nonetheless, the wind was broken.”

Thankfully, it was dark, and Angela was hoping her moment of less-than-glory had been masked by the sounds from the movie.

“I started to walk up the aisle, when good Lord, it happened again,” she said. “I start to walk more quickly, and I swear each step caused a small gaseous emission — like a very muffled machine gun.”

Never in her life has something like this ever happened, she said. She swooned much like Marie Osmond on “Dancing with the Stars.

"I finally couldn’t take it anymore and literally collapsed on the floor in a fit of suppressed laughter,” she said. “It was due to mortification. James was watching this whole thing and was rolling in his seat. Every time I’d try to get up, I’d start laughing or he would, so I just laid there until it all passed.”

About that time, Angela caught sight of an alarmed young woman in the back row who thought she was suffering a heart attack and proceeded down the aisle to perform CPR.
Poor Angela scurried back to her seat and hid, escaping before the lights ever came on.

“That’s why God made DVDs,” I told her. “It’s much safer than venturing out into the world as a middle-aged woman who’s half blind.”

This is the opinion of Susan Reinhardt. Contact her at sreinhardt@CITIZEN-TIMES.com. and visit her at http://www.susanreinhardt.com/
A Good Blog Is Hard to Find at 8:50 PM
Share