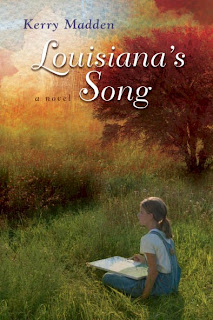 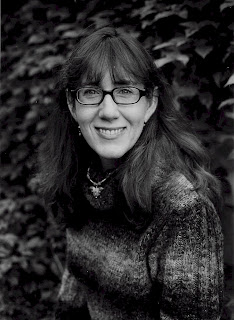 The Golden Boy from Knoxville
By Kerry Madden

When I received the email in late August from my high school best friend’s mother in Knoxville, the subject line read “Paul Jellicorse.” I didn’t want to open it. I had heard over the years that Paul wasn’t doing well. There was mention of depression, divorces, and my best friend, Pattie Murphy, had learned through a classmate that Paul didn’t feel “successful enough” to come to high school reunions even though he lived in town. After the last reunion, Pattie wrote him a long letter to check in but he never answered. Much of this came back to me as I stared at the subject line. Paul had been Pattie’s first boyfriend, but he stayed in Knoxville. I left with plans to never look back.
I figured that if I didn’t open the email then whatever “it” was wouldn’t be true just yet. Although I hadn’t spoken to Paul since our ten year reunion in 1990, (the last one we both attended) I had a fixed image of him in my mind from Knoxville Catholic High School: golden boy, outrageous class clown, leading scorer on the Fighting Irish basketball team, the boy who stuffed bologna sandwiches in his mouth, chewed them up, then opened wide, and announced “Sea Food!” and laughed at the girls’ howls of disgust. He was the boy who made the dead frogs dance on dissection day in biology with his best friend, Buddy Gettlefinger, whom I heard had bought a house next door to Paul in Knoxville years ago. Or maybe it was the other way around?
Paul drove the teachers crazy, especially Father Mankel, our principal, who ran a tight ship of discipline and strode the halls in black vestments, seeking stragglers and those up to no good. He rarely came up 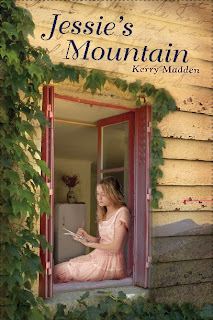 sad. but better to have peaked some time in his life... than never.
amy g koss

Poignant story, Kerry. I think we've all known a "Paul" in our lives. I'd never want to return to the school days, and it's sad to think that a friend would believe those days to be the hightlight of their life.

You've remembered your friend with kindness and grace.

Dear Kerry,
Paul was my next door neighbor and play friend for many years. I was very sad to hear of his death. Thank you for writing your memories about him.
mw

Oh goodness. What a sad yet lovely. You write so well - I could picture the scene and feel a bit like I know Paul now.

Thanks Kerry. I am married to Phillip MacDonald.
What a touching story. Paul did have a heart of gold. Thanks for opening your heart and sharing this moment in your life.
It is late now and Phillip is in bed but I will see that he sees this and I will get it to 'Fat Pat' still Phillip's best friend.

I am not sure how to comment individually, so in order...here goes..

Mary, thank you for your kind words. I know everybody remembered Paul that way. He had the gift of making people feel like their very best selves.

Dear MW,
Thank you for reading the essay...I bet you have wonderful memories growing up next door to Paul.

Thank you, Keetha...thank you very much for commenting. I'm so glad to know site now too.

Dear Beth,
I remember Phil...please say hello, and thank you so much for getting this to "Fat Pat." I had no idea how to reach him. Thank you for your very sweet words. How wonderful that Pat and Phil are still best friends...that makes me so happy to hear...

Hi, Kerry.
This is Angel Pickering Brewer, your old student government campaign manager. Patrice Staley forwarded your essay to my little brother, Jim, who forwarded it to me and my sister, Judy. I went on your website and was so glad to see you and read about you. What great memories of KCHS and Paul and Fat Pat. My son just graduated from KCHS, the third generation, and he also has those great memories and friends. I still see Pat often and still refer to him as "Fat Pat." He is as loveable as ever and still always up for a beer. There wasn't a dry eye in the church as Msgr. Mankel laid Paul to rest with the consolation that his mother would be there to greet him in Heaven. Thank you for your poignant words and for taking me back to a time and place full of love and hope.
-Angel-

Dear Angel,
Thank you for your sweet words. I'm so glad the essay reach folks at Knoxville Catholic. Thank you for your very kind words. Please give "Fat Pat" my very best wishes. I would have given him a "headsup" to the essay had I known how to reach him. I think of those days at Knoxville Catholic so often, and I feel so lucky to have been part of it for a little while. I hope you have a beautiful 2007. Didn't we go on a St. Jude's March once?

PS. You may write me at: kiffnkerry@sbcglobal.net - that's easier, and I will get it faster.

Great blog you got here. I'd like to read more about this topic.
By the way look at the design I've made myself Overnight escort