HOW 19 JOBS PREPARED ME FOR THE WRITING BUSINESS 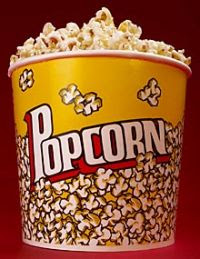 At ten, I became a very busy babysitter. My family lived on Guam’s smallest Navy base at the time. Most of the kids were younger than me or boy-crazy teenagers who flirted with the single sailors. I might have been in fifth grade, but I knew an opportunity. I asked a talented classmate to draw a babysitter on the back of index cards.

On the front, I wrote:

Babysitter for Hire
50 cents an hour

The only problem was my mother thought I still needed a babysitter so when she asked a neighbor for a referral, the neighbor told her about a card she received in her mailbox.

After my mother got over the shock that I had ventured out without her permission she gradually started allowing me to babysit. My first client—my little sister. I don’t remember getting paid for those jobs.

When I began to write, I decided I’d call myself a writer from day one. It didn’t matter that I didn’t get paid. I pretended that I was. I kept showing up to write and six months down the road I got paid for an essay. The pay? Six issues of the magazine that my essay appeared in. Those issues felt like six thousand dollars because it was the first time I saw my byline.

At fifteen I got the opportunity to make 1.98 an hour as a movie theater concessioner. Minimum wage was 2.35, but it beat fifty cents an hour. I learned to pop popcorn, make change, and deal with hungry demanding moviegoers. Years later when I signed my first contract, I didn’t make a huge advance, but I got a check instead of copies and a great editor that I still work with today. My advances have grown, but just like I worked hard trying to get the moviegoers’ orders correct, I labored on that first book as much as my current ones. The moviegoers didn’t care that I made 1.98 per hour and readers don’t care how much I get for advances. They just want a good story.

In college I had a lot of jobs. One of them was working as a receptionist for the Superintendent of Education. Most of my job consisted of answering the telephone and redirecting people’s calls. When people are mad at something about their school or a teacher or how much a lunch costs, they want to talk to the top dog—the Superintendent. Who they really needed to talk to was someone a few rungs down the ladder. All modesty aside, I was pretty good at redirecting calls. My southern belle mother taught me a thing or two about charm and warmth. Most people who are angry are not expecting to find charm and warmth on the other side of the phone so it kind of disarms them. What happens then? They allow you to redirect their call.

The part of the job that I resented was making perked coffee for the Superintendent every morning. Please don’t get me wrong. I didn’t mind making the coffee. I minded making it every morning when he rarely came into the office. His personal secretary said, “Well, we never know when the Superintendent might show up. And when he does he likes his coffee perked.”

I was demoted from that job. Not because of the coffee, but because of my poor typing skills and carelessness caused by my daydreaming. I learned how it felt to go from the 12th floor to the fourth. But years later as a writer, I also learned there are parts of my job that I might prefer not to do, but will always have to do if I want to be a writer. For me that is plotting. How nice it would be to write scenes and interesting characters that really don’t do much of anything, but most readers want a beginning, a middle, and an ending. Just like I detested making that coffee every morning no matter what, I don’t exactly love writing the second draft. That’s where I examine my story’s structure. I try to get on the right track before heading to the third, fourth, fifth…etc. drafts. The one nice thing though is that unlike that superintendent, if I get it right, my readers will show up.

If variety is the spice of life, my many jobs certainly provided a classroom for my writing career. From my various sales positions, I learned readers won’t believe what you are writing, if you don’t. I discovered little details are important when I got fired from forgetting to lock the Sears jewelry department cabinets. And putting myself on a book tour wasn’t so difficult when I recalled creating a trail with catalogues on my Avon route. Maybe most important of all, I learned that writing is a lot like working at McDonalds. You have to know when to turn the plot, rewrite a sentence and end a story just like a McD employee must know when to flip the burgers, wipe the counters, and pull the fries out of the oil. And I learned all of that on my first and last day as an employee wearing the uniform with the golden arches.

Somehow I’ve managed to stay at this job for fifteen years. And if it’s okay with you, I think I’ll stay here for a while. I’ve had enough job hopping. 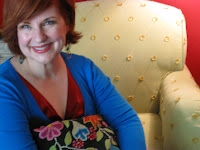 Kimberly Willis Holt writes books for young people. Her book, Piper Reed Gets a Job (the third in the series) comes out next month. Visit her website at http://kimberlywillisholt.com/
or her blog at
http://apenandanest.blogspot.com/.

Kimberly,
I love your writing so much. What a great story as always. After I posted my blog, I read yours and makes me miss you even more!
Love,
kat

Great post! It makes me appreciate all the crazy things I did when I was young and single. Another benefit of all those jobs is that I met a lot of characters who still manage to find their way into my stories. Love your books!

Thanks, Kathy and Stella. I guess one good thing about writing is that we can use everything. Have a good weekend!

Hi Friends,
There is nothing to worry about getting jobs in Delhi, because talent doesn't fade away from the world.