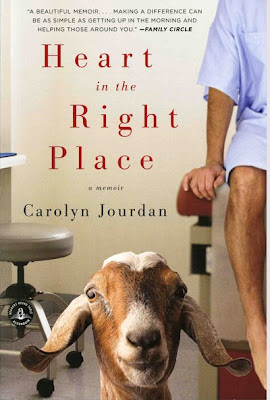 “It's tough to handle this fortune and fame. Everybody's so different I haven't changed.”
From the Eagles’ song Life’s Been Good by Joe Walsh.

As soon as my book was published, I began to receive manuscripts from strangers who hoped to get a book published. Until the stream of manuscripts turned into whitewater, sometimes more than one a day, I tried to read each one carefully and offer advice.

A young friend showed me her first attempt at a murder mystery. It was pretty good. Then I got a lot more drafts, close together. After seeing about five versions, all with the same problems, this is what I sent her. It’s not manuscript-specific and it gets to what I think every non-professional writer needs to hear at some point about a writing life.

This business of producing art at a professional level is very tough. A person has to be very strong and extremely resilient to persist through the long process of getting a book published. Repeatedly over a course of years, they will have to endure the excruciating process of exposing their most personal experiences and cherished ideals to criticism, and be asked to make adjustments which they may or may not be able to make.

When I asked a friend who is a professional writer to show you the first draft manuscript he gave me the same day you gave me your fifth draft, he said in a stuttering sort of way, like it made him want to cry, "But this....this takes....this is hard...it takes years...and...focus...and years...." He didn’t want you to see it because he didn’t want to risk breaking your spirit by having you compare the work of a beginner with that of a pro. And also he didn’t want you to see it because it was such an agonizing road to get to where he is now. He doesn't want you to show you his scars. Great writing is product of pain – consciously endured pain – even comedy (especially comedy).

I wanted to love your draft. No decent person wants anyone else to have go through what it takes to write literature. It's hell. Literature is a personally processed hell. But if you don't go through it, everybody who reads your book can tell. It will be less meaningful and satisfying. A special few will be able to read a book and discern the particular hell that produced it. A shrink or a knowing reader will glean a vast amount of very personal information about the writer from any manuscript whether the writer means for them to or not. So beware of that. When you publish a book, you expose your idiosyncratic assumptions about the world (assumptions built up by the particular dysfunctions of you life). Your quirks, the things most people are blind to by definition, are on display for all the world to see.

This is the path for the modern monks. Rudolf Steiner said the only way to God for Americans is through the dedicated practice of art. The trained capacity to maintain an open, flexible concentration (meditation) necessary to produce art is the only thing that has a chance of cracking the shell of culture and personality (subjectivity) and opening it to a greater objective reality.

Only through the practice of art can the feminine principal can be added back into a world that has lost its way. Receptivity and the struggle to include disparate elements into a cohesive whole is how the spiritual is woven back into matter.

Most people don't have a prayer of sticking it out. Unlucky people have options and can contrive a pleasant, comfortable life, so they never suffer enough – never have to stay fully conscious in their suffering – never have to keep their eyes open while taking a punch in the face, for the sake of others, with an intention of transcending that suffering through art. The unlucky ones will drink or take drugs or buy things or work too hard or watch television or over-involve themselves in family, and when they show their manuscript they will insist that everyone say, "That's just great. I love it!" with the implicit agreement that they’ll tell you the same thing whenever you want to hear it.

I don't want to hurt you or lie to you.

There's nothing tougher than persisting straight into the teeth of this: guaranteed suffering, frustration, hopelessness, tests of your faith in yourself and the world, giving up, starting again. And you mustn’t be doing it for the assumed reasons. You have to be doing it for something that has no value in "the world" but has tremendous value inside of yourself.

Then, when you come out the other side, you are really something special. You’ll have a strange kind of poise [aka humility] which doesn't look like anything from the outside, but which people can feel if they wish and can take a wordless kind of courage and strength from.

When you come out on the other side of this, no one will know what you went through to get there – except other writers. That's why I'm having such joy in meeting other writers on my book tour.

Writers will exchange a look and burst into tears. They know the savage self-discipline it takes to sit and call a muse every day and hope it shows up. They know the brutal self-effacement required to wait patiently for years on a process that is beyond one’s control. The powerlessness is unendurable sometimes. But if you bear it long enough, you will get your story.

With these other writers you can exchange a secret code understood only by those who also work alone and who know they might only see each other for a few seconds in a lifetime – but it's enough.

In genre writing the writer is insisting the process remain under the control of their brain. In more literary work there is a greater measure of spiritual input that is far beyond what your manipulating mind or your personality can concoct.

So, that’s what I say about your most recent revision.

Carolyn Jourdan
www.CarolynJourdan.com
"Heart in the Right Place"
A Best Book of 2007-2008

For any fans of the book, I offer these excellent stray cats currently living on my front porch. I'm willing to discuss signing one or all of the cats if that would help them find them a good home. The three tiny kittens are nearly weaned. They look sort of siamese. They are sweet cats. But I already have several sweet stray cats and am on the verge of becoming one of those deeply weird spinster "cat ladies."
: ) 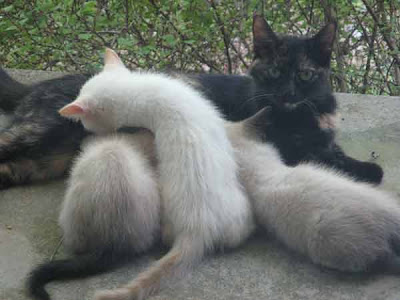 Excellent description of what it feels like to write. Thank you for putting it in words.

By the way LOVE your cover.
Nicole