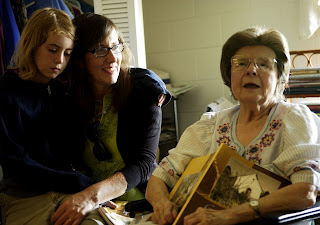 WORDS ON FIRE
by Kerry Madden
edited Megan Sexton,
editor of Five Points: A Journal of Literature and Art 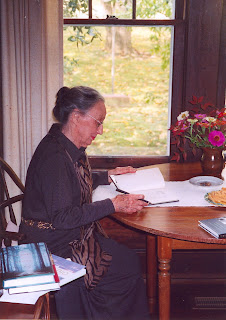 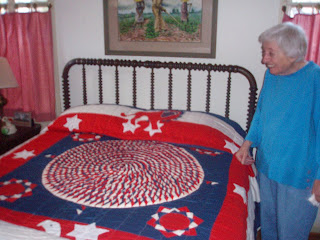 WORDS ON FIRE by Kerry Madden
When Harper Lee barred her door and would not speak to me regarding a young adult biography I was writing about her, it wasn’t personal. She turns everybody down—she’d even turned down Oprah and George Plimpton, so I was disappointed but not surprised. I ignored my father’s advice: “Wear her ass down! Try again!” He is a former football coach, and it was much like the guidance he used to give us as kids after a forced move to another town, a new mascot and team colors looming: “Get in there and make new friends,” he’d demand. “Wear their asses down! By God, they’ll respect you for it.” Maybe it was good advice, and I certainly followed it now and again out of sheer desperation, but I knew “stalking” Miss Lee would not work, and I didn’t have the stomach for it. It seemed, well, wrong.

When I first began my research, Jeanie Thompson of the Alabama’s Writers Project told me that since I was writing this biography of Harper Lee for teens, I absolutely needed to speak to Mary Ward Brown, Kathryn Tucker Windham, and Helen Norris Bell. With close to three hundred years of living between the three of them, they were Alabama women and writers of Harper Lee’s generation born in 1916, 1917, 1918. Miss Lee is the youngest of the group – born in 1926. They would be a wonderful resource, if they agreed to talk. Mary Ward Brown and Helen Norris Bell both won the Harper Lee Award for Distinguished Alabama Writer. Harper Lee nominated Kathryn Tucker Windham to be inducted into the Alabama Academy of Honor in 2005 and when “Nelle Harper” calls Kathryn up for a talk, she typically begins with, “Hey kid!”

My initial impulse in talking to these three Alabama authors was to gain insight into the world of To Kill A Mockingbird, but that went out of the window almost immediately. All three are such rich storytellers themselves that I longed to capture their own stories and not just interview them as conduits into a deeper understanding into Miss Lee. How did they keep their hope and stories alive? How did they sustain decades of writing and not writing? Listening to them talk also brought me back home. They used phrases like “take the cure” (to dry out) and “hanging crepe” (writing sad stories.)

These women hadn’t left the South as so many of their contemporaries had in search of a more literary life. They were like Flannery O’Connor, Ellen Douglas, and Eudora Welty – writers who dug in and stayed in towns like Milledgeville, Georgia, and Jackson, Mississippi. When I asked Kathryn Tucker Windham of Selma, Alabama, “Did you ever want to leave? Move to New York?” her answer was a declarative, “NO!” as if it were the craziest question, which made me laugh, and she laughed too.

I grew up in a family where a man’s work was sacred and unquestioned, especially during football season. My father was always in search of the opportunity to win, which meant we moved regularly to new football towns in the South and Midwest to build up new programs. Vince Lombardi and Bear Bryant were quoted often with reverence and respect. In order to drum up team support, my father even had the team schedule printed on my parents’ wedding napkin that said “Follow Jan and Joe on the Green Wave.” A 1980 nationally televised kickoff return in overtime for a touchdown against my father’s Detroit Lions Special Teams lost the game and postponed Thanksgiving for three days of mourning. So I was taught to treat men’s work with respect and “no high drama,” thank you very much.

Kathryn Tucker Windham’s first writing job was as a journalist on the crime beat in Montgomery, Alabama during World War II, and the police chief said to her, “What’s a lady doing covering crime? Why don’t you write about weddings or society?”

Mary Ward Brown lives out in the country, and folks used to say to her, “You still writing out there? You ought to join the D.A.R. or the Garden Club.” They quit asking after she published in one of the “big slicks.”

Helen Norris Bell’s young son used to say, “Mama, you should be building up your muscles! (pronounced “muskels”) instead of writing stories.”

It took weeks for me to contact each of them through letters first and then phone calls. Only Mary Ward Brown has an email address, which she checks regularly. Kathryn Tucker Windham doesn’t have a computer, because she says that she “doesn’t need one,” and if it’s not convenient to answer the phone, she doesn’t fool with it. Helen Norris Bell has a computer but claims her knowledge extends as far as the on/off button.

But the more I researched them and read their stories, the more I longed to meet them in person. All three are widows with children, grandchildren, (one has great-grandchildren) and between them they’ve published some thirty-odd books of stories, poetry, essays, and novels. Mary Ward Brown and Helen Norris Bell are former Alabama Poet Laureates. Helen Norris Bell attended Yaddo and MacDowell, three times, and was nominated for a Pen-Faulkner Award. Kathryn Tucker Windham performs regularly at the National Storytelling Festival in
Jonesborough, Tennessee. Mary Ward Brown didn’t begin writing full-time until she was in her sixties, and she still runs the family farm today. She wouldn’t speak to me until she’d finished the final draft of her memoir, which she considered a race against time. Two of the three have lost children. Mary Ward Brown and Kathryn Tucker Windham live twenty-five miles apart, Kathryn is in Selma and Mary is out in the country near Marion Junction. Helen’s son sold her home in Montgomery after she suffered what was possibly a stroke. She now resides in a nursing home in Black Mountain, North Carolina.

I suppose I became a little obsessed. I was reading their stories and missing the South more than I ever knew I would. It’s been this itch - a longing “to go home” that has increased over the years. And much of my writing life lately has been consumed by what Charles Baxter calls the Internet’s “data smog,” which for me has translated into the constant pressure to reach out to readers through a blizzard of blogs, website updates, myspace, facebook, and livejournal until it feels like an electrical wire throbbing in your brain. I needed to talk to these women who didn’t know or care about Amazon rankings or Book Scan or World Cat. They wrote because they loved to write—because they had to write stories. And it wasn’t good enough to talk to them on the phone or exchange letters. I had to go see them in person and do it right. I think I went looking for hope...

(The entire essay and meeting Helen Norris Bell, Mary Ward Brown, and Kathryn Tucker Windham will appear in the next issue of FIVE POINTS: A JOURNAL OF LITERATURE AND ART, editor Megan Sexton. Kerry Madden is the author of the Maggie Valley Trilogy for children: Gentle's Holler, Louisiana's Song, and Jessie's Mountain. Her biography, Harper Lee Up Close, will be published by Viking Children's Books in March 2009.) www.kerrymadden.com
Posted by A Good Blog Is Hard to Find at 1:25 AM

Can"t you just feel the connection between Kerry and the three women she cared enough to find to pursue her quest? She can definitely write 'south' and tell a story about the sincerity and voice of the rich southern culture.

Kerry, it was thrilling to me to see Helen Norris holding Gather Up Our Voices, the anthology of Harper Lee Award winners in which she appears, against her chest in that photo! The Alabama Writers' Forum is pleased to see these important, vibrant, talented women receive such exposure. Thank you!
People interested in the book can contact us at writersforum@bellsouth.net.

Since you told me about Helen, I've found and read most of her books.

I look forward to reading the complete article -- well done!

I am not sure how to respond to each comment individually, but "anonymous," thank you very much for your kind words. I really appreciate them. I loved this writing story.

Jeanie,
Thank for advising me and introducing me to these wonderful women in the first place. It's been one of my most favorite pieces to ever write.

And Vicki,
Thank you for going to visit Vicki at Black Mountain. She loved meeting you, and I'm sure your fantastic mysteries were gobbled up...I loved your great piece on "southern stereotypes." I would have felt like strangling that reporter too.

I love to read your posts Ms. Madden. You'll have to let us know when the article is published. I would very much like to read the rest of it!