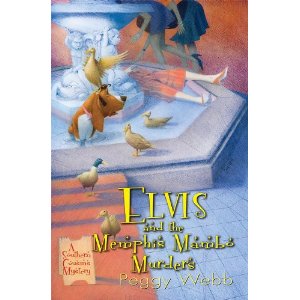 Miss Frankie, the librarian on the Lee County Bookmobile, opened up the world of books for me. When I was six, I thought she must be at least a hundred years old. Though she smelled ancient, a combination of baby powder, breath mints and the glue used in book bindings, she had the lively mind of an avid reader. And she knew how to put exactly the right books into the hands of a six-year-old Mississippi farm girl in love with words.

My house was one of the “stops” for the bookmobile. I was always on the front porch waiting for Miss Frankie. She’d help me fill a cardboard box with books then tell me to share them with the kids in the neighborhood. I did, but only after I’d read them first. I learned to read very fast so I’d have at least four books finished before Mama notified the neighbors that our monthly stash of books had arrived.

By the time I was in fifth grade, I was not only reading voraciously, but I had also learned how to project myself into the story and become the characters. Mrs. Cynthia Pickens, or “Miss” Pickens as we called her, believed in stretching little minds with great literature. She introduced us to Mark Twain by reading The Adventures of Huckleberry Finn to us at story time.

In country schools, it was not uncommon for students to advance through the grades without learning more than the basics of reading. A little kid who could not only read well but make the characters come alive was rare. So “Miss’ Pickens often called on me to read at story time. It was my first taste of standing before an audience presenting the work of an author, and I was hooked!

After a meandering journey that took me through two children, more dogs than I can remember, graduate school and the literature of great Southern writers – Eudora Welty, Tennessee Williams, William Faulkner, Flannery O’Conner, Walker Percy – I made the transition from reader to published writer.

Eudora Welty (Why I Live at the P. O.) and Mark Twain helped me find my comedic voice. It took nearly twenty years and several genres before I realized my true voice is that of a basset hound who thinks he’s Elvis.
It’s not easy being a dog. For one thing, I prefer the entire steak to just the bone. But as Elvis says, “Give me a good Cuban cigar and a shot of bourbon in my dog chow, and I can write a book.”

Peggy Webb is the author of the comedic Southern Cousins Mystery Series. Elvis and the Memphis Mambo Murders (book three) is in bookstores now. Peggy’s two Lhasa Apsos (Tashi and Jo Jo) send an urgent message to race to the bookstores so their human mom can keep them in faux fur pillows and Pup-Peroni.
Posted by A Good Blog Is Hard to Find at 10:07 PM

A very sweet post, Peggy. I enjoyed reading it.

And the book is lots of fun! I just reviewed it for an upcoming issue of Delta Magazine. My favorite character was certainly Elvis. You nailed the basset.

Thanks, Augusta and Karin. Libraries have played a big part in my life. I guess that's why I served on the library board of trustees for fourteen years.

I must be losing it. A Basset hound who thinks he's Elvis and is mixed up in murder makes complete sense to me.

Bless you, Peggy. I come bearing a fine Cuban in thanks for a wonderful reflection on my own waiting-for-the-bookmobile days. ~m

Great post. I love the smell of Ms. Frankie and I'd probably like the smell of that basset hound, too!!! Do they still have book mobiles?
Niles