Several years ago, I was a baby writer attending my very first conference. I ducked into a session called “What’s Hot; What’s Not” In the session, I learned that Southern lit was so hot New York editors were out on the streets, rattling their tin cups, begging for it. All you had to do was toss a few sweet iced tea and kudzu references into your novel, and you were practically guaranteed a six-figure deal. After that session I believe everybody and his mama went home to dash off a Southern novel, me included.

I had a couple of things working against me. First, I wasn’t born and raised in the South therefore lacked a rich vein of authentic Southern experiences to draw from. No memories of Aunt Catfish getting tipsy on scuppernong wine and substituting salt for sugar in her chess pie. No fond childhood recollections of slapping no-see-ums as I pulled on a green glass bottle of Co-Cola. Until recently, I didn’t know a no-see-um from a mosquito and I’d never tasted chess pie. Being from Minnesota, most of my memories include snow drifts, Viking games and tater-tot hot dishes. 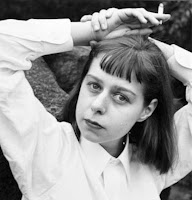 But my Yankee background was not my greatest disadvantage. My greatest disadvantage was I’d read very little classic Southern Lit. For instance, I didn’t know that all of Flannery O’Conner’s stories are about finding grace, or that Carson McCullers writes novels about loneliness and isolation, and I’d never even heard of Eudora Welty. (Bless my poor, frostbitten Midwestern heart).

With two grievous strikes against me, you’d think my Southern novel would end up moldering away in a streamer trunk, ink fading, pages yellowing and decaying to dust, a sham and an affront to Southern novelists everywhere.

You’d think that… but you’d be wrong.

Call it beginner’s luck or some freakish twist of fate, but my little Southern novel didn’t desiccate like a dead beetle in an anonymous trunk. Instead it was bought by Simon and Schuster in a three-book deal and ended up on the shelves of every bookstore in America. During my book tours throughout the Southeast, I’d typically be asked, “Who are your literary influences?”

Stephen King was not the answer they were waiting to hear.

Looking back, I realize it took a lot of nerve to think I could write a Southern novel without ever having read the Southern authors who came before me. One reviewer remarked of my books, “Karin Gillespie is no Katherine Anne Porter.” I may have been more insulted if I’d known who she was.

Recently I’ went back to school for my MFA and was asked to read several Flannery O’Connor stories. Frankly I wasn’t looking forward to the assignment. All I knew about her was that she wrote a depressing story about a serial-killer. You may actually be familiar with it; it inspired the name of this blog.

You can guess what happened. Once I got a nibble of O’Connor, I wanted to gobble up her whole luscious literary pie. Who couldn’t blame me with prose this?

“The trees were full of silver-white sunlight and the meanest of them sparkled.”

After I’d exhausted her work, I slaked my thirst on McCullers. How could I stop myself when confronted with passages like this?

“Her head was big and loose. The beer made her legs feel peculiar too, almost as if she had four legs to manage instead of two.”

Next I gorged on Kaye Gibbons, lapped up Lee Smith and feasted on Faulker (I ended up spitting some of Faulkner out).

Now I can’t imagine what my life would be like without Flannery, Carson and the rest. I’d love to sleep every night with “A Member of the Wedding” or “Bastard Our of Carolina” under my pillow and dream that I could write prose half as transformative. Classic Southern Lit may not have informed my previous work but it will definitely influence my future novels. As for me not being a true Southerner, you know what we non-natives say, “I wasn’t born in the South but I got here as fast as I could.”

That oughta count for something.

So what about you? What authors rock your world, Southern or otherwise? I’d love to hear.

If you leave a comment you’ll be eligible to win a paperback copy of “Saving CeeCee Honeycutt” by our Beth Hoffman or a hardcover copy of "Ravens" by fellow Southerner George Dawes Green. (Your choice.) Speaking of George, he has a new project he’s doing on behalf of indie booksellers in Georgia. He and others bought an old 1975 Blue Bird schoolbus, and 25 artists have painted it up with scenes of Georgia stories, and next week they’re loading up the bus with brilliant Moth raconteurs and beautiful musicians, and traveling to 13 cities and towns around the state. They call it the Unchained Tour because they’re hoping to inspire folks to commit to their indie bookstores, and also to cut back on shallow surfing and get back to deep reading. And to sharing events with real breathing people instead of avatars. Website is theunchainedtour.org and the fb page is The Unchained Tour.
Posted by A Good Blog Is Hard to Find at 1:50 PM

Not entering the contest, but anything Preston & Child write is pure genius to me.

Enjoyed the post. I especially enjoyed learning about the Unchained Tour. Living in Georgia, I'm off to check out the website. Thanks.

Bless your heart! (I totally mean that in the good way, not the Old School of Southern Snarkiness way.)

I think it takes a lot of guts to write a novel at all, much less one set somewhere you have only visited in your imagination. Having been been born and raised in the South, I don't think I could write a book with any other setting. Not because I am not imaginative enough, but because I am not courageous enough.

I forgot, yes, please, enter me in the contest. Who couldn't use another great book? :)

I've feasted on some O'Connor and McCullers as well. Got to them through William Gay and am currently loping my way through the polysendetic plumage of McCarthy.

I was born in TN and now live in MN. Is there some definition - in your mind or the mind of anyone else, for that matter - of a "southern novel" other than a novel that takes place in what is generally considered "the south?" Would it be strange for an author to write a novel set in New York without having been brought up there?

Would love to be entered in the drawing. Can always use more reading. Cheers.

Karin, what a great post! You may not be a native Southern girl, but I know you handled the material well... (Of course, being a fellow Midwesterner, just the mere mention of tater-tot hot dishes made me smile and hope you'd consider writing about Yankees sometime, too. ;)

I live in Chicago now and am originally from Wisconsin -- my favorite authors growing up tended to be British, however, and I'm still not sure why. I think the humor just resonated with me best. After reading your post, I should probably read some more Flannery O'Conner, though!

Alex, I've heard amazing things about Preston and Child. Is there a book I should try first?

Great, Mason. I hope an event is near you.

Terri, I love those authors too.

Thanks, Timber for the great thoughts.

You're entered, Michael.Good points. Southern novels seem to be such a distinct category although I have a yen to write the MY novel.

Marilyn.How about Frito Casserole? Sound familiar? I also lived briefly in Des Plaines so we are Midwest sisters. I skied in Wisconsin. Funny. Welsh Village.

Karin, you are what we native Southerners call "nouveau Southern." :) And the joke is on me. I've read your Bottom Dollar books, met you at the conference you referred to, and sat across the table from you to chat about my query letter, and I never guessed you weren't FROM HERE. I guess I never read your bio. A Yankee can get away with writing Southern novels when she does it as well as you do. :)

I forgot to mention. I'll announce the winner of the book in the comments before 9 a.m. est tomorrow.

I am a huge fan of southern novels. Some of my favorite southern writers are Fannie Flagg, Lee Smith, Michael Lee West, Paula Wall, and Clyde Edgerton. For non-fiction I really enjoy Rick Bragg's books.

You have amazing taste, Tammy.

I'm a Fannie Flagg lover, but also relish my Anne Rivers Siddons, Dorothea Benton Frank, and Patti Callahan Henry. I love revisiting O'Conner and Welty-- esp with my teenagers in their lit classes!
I give you "A" for gumption, Karin!

The winner is Michael Gause.

Not entering contest, but LOVED your post. When I met you at the Bookfest in Kentucky I would never have guessed that you weren't native to the South. Nor did your wonderful "southern" books give away your tater-tot casserole sans sweet tea background. I bow at the altar of your literary influences, but I also adore Eudora Welty. Her "Why I Live at the P.O." is one of the funniest short stories I've ever read. She's my model for comedy.

I'm not entering the contest, but I so enjoyed reading your post. My literary influences are Welty, Faulkner, O'Connor, and the playwright Tennessee Williams. Contemporary writers who inspire me are Pat Conroy (lyric beauty), Joshilyn Jackson (fierce honesty), Alice Hoffman (magical realism), and Jodi Picoult (complexity).

Thanks, Peggy and Anna. I agree:

Being a California girl raised by Southerners it shouldn't have come as a surprise for me when I put my pen to paper and heard my grandparents' voices coming through my prose. Now that they are are gone, I find myself drawn to Southern fiction so I can hear their voices again.

Love this post, Karin. I spit some Faulkner out, too, and thanks for the "Aunt Catfish." To put me up there with those writers was cool. By the way, Southern lit isn't in, or at least my writing :) No six figure deals for me. I'm lucky to get a royalty check that fill a gas tank :)
Niles