Carolyn Haines: Mississippi on my Mind 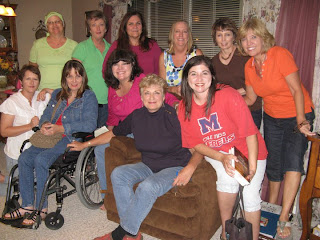 While I normally blog about writing or books or authors, I thought today I’d focus on a place I love. I had occasion to drive along the Mississippi Gulf Coast last week to attend a book club meeting in Long Beach. It’s a gathering of fun, smart women and I’d attended a meeting in the past, so I was eager to meet up again. This time they were reading PENUMBRA, a book set in 1952 Mississippi about 50 miles inland from the coast.
It had been a long time since I’d driven along Highway 90 on the coast, so I decided on that route. The landscape opened the door on the past, and I found myself wondering about the randomness of birth and life and the choices that lead us to the place we are today.
I grew up in Lucedale in George County. It’s one of the poorest counties in a state that consistently ranks close to the bottom on average household income, education and most everything else. George County was—and still is—a dry county. Churches, almost all protestant in the varying denominations of Baptist and Pentecostal with a few Methodists thrown in--can be found in abundance along any rural road.
The Gulf Coast, only an hour away, was an exotic paradise with nightclubs, liquor, fishermen who gambled on the weather just like the farmers in my home area, and all sorts of entertainment. There were movie theatres, bowling alleys, putt-putt golf. Things that George County didn’t have—and still doesn’t. 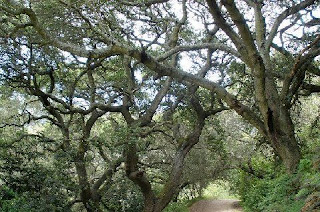 When I was in my twenties, I moved to Ocean Springs, another small town, but one with a very different outlook on life. It was the coast. The attitudes were just different. Giant oaks canopied the main street in town—and still do. I loved living there. But a job took me elsewhere, and I left the coast in 1982.
Jump ahead some twenty years, and one late August morning Hurricane Katrina skips into the Gulf of Mexico and begins to grow. I remember clearly the weekend before the storm hit. I was working on a project with my friend Alice Jackson. We were laughing and she said she should probably head back to Ocean Springs and get ready for the storm.
We all take hurricanes seriously—Camille taught us well. Windows are boarded, important paperwork is put in a high, dry, secure place. Extra precautions for pets are made. I have horses, so there is no evacuating for me. But we hunkered down and waited for the storm to pick a path and get on with it.
Little did we know that within two days, life would be changed forever.
Alice lost her home, her mother’s home, and her brother’s home. They were “slabbed” as the term now goes. My brother’s business in Biloxi was gravely injured. Even as far away as west Mobile County in Alabama, I lost the roof off two barns, the house, and about forty old cedar and fruit trees. The devastation was incredible.
While the Gulf Coast was off-limits to spectators, I went over to help Alice cut a tree off the house she was staying in, and the devastation was stunning.
Highway 90 was washed away in some places. The floating casinos were beached inland, often on top of other buildings. The tidal surge was so strong and high that the land was changed forever. Old homes that had survived decades of bad storms were splintered. The rubble looked like a gazillion matchsticks with hunks of concrete and dead trees. The bridges over the Bay of Biloxi and The Bay of St. Louis were simply gone. Destruction moved through the area from Louisiana all the way to Point Clear in Alabama, not to mention the flooding of the South’s greatest city, New Orleans.
Last week, as I drove along the repaired Highway 90 to the book club, I was amazed at the progress. New homes, business reopened, cars moving briskly. The casinos are up and going, as are restaurants and groceries—things that were unavailable for a long, long time.
But piles of debris—the remains of a concrete foundation, splinters of wood—are still in evidence. The empty lots tell a sad story. And the trees, the beautiful oaks that were so much a part of the drive along the Gulf Coast, still show signs of the battering of wind and salt water. The communities have truly worked hard to save these landmarks, and many did survive. Some that didn’t have been carved by local artists into incredible works of art.
But what is back in full force is the spirit of the people. There is no complaining, no clinging to the past, as I am wont to do. Loss is part of life, and rebuilding is the challenge of living. I’m proud to say that the Mississippians have met and are meeting that challenge everyday.
The most recent oil spill has been a terrible blow, and the environmental and health cost of that nightmare hasn’t been calculated. I can only hope that BP is held accountable in truly meaningful ways. These coastal residents have a deep love for their communities, and they will fight for them.
As for me, I wonder who I might have become had I been born here instead of there. Would I have still grown up to be the horse and animal obsessed person I am—or would I have a boat and be a passionate fisherman? It isn’t a question that needs an answer, but it is certainly one I’ll consider when I create new characters. I believe characters grow from the soil in which they live—just like real people.
Carolyn Haines is the 2010 Harper Lee Award winner and the author of the Sarah Booth Delaney Mississippi Delta mysteries, the latest of which is BONE APPETIT.
Posted by A Good Blog Is Hard to Find at 10:59 PM

It will take years to remove the traces of the storm, but awesome to hear the people have persevered.

You're so right, Alex.

While you can't put the blame on any one thing. The Army Corp of Engineers and the State and Local Gov't in New Orleans have a lot to answer for with this major disaster to a beautiful and historic part of our country. One day maybe they'll get it right and the city won't float away anymore.

It's still hard for me to believe what happened in New Orleans. That wasn't an act of nature, that was a manmade disaster. I heard that the Corp of Engineers wanted to build a levy along the entire Gulf Coast. Now maybe that's just a silly rumor, but if it's true--can you believe how idiotic that would be.

You always know just how to speak to the hearts of people. As I continue to live here through this new transformation, I appreciate your insight and your words on this subject.

Thanks for this wonderful post, Carolyn. Gives a person food for thought.

You speak in the loving tongue of a native Mississippian. Beautiful post, Carolyn. Katrina was so horrible we had tropical storms all the way to northeast Mississippi, 300 miles inland. You put it so well when you said the one thing a storm cannot destroy is the human spirit.

Brava, Carolyn. Incredibly heart-felt post. Sense of place is one of the things that distinguishes Southern authors.

My goodness, but those are some powerful photos and serve as a reminder that we aren't too smart to be put in our place by mother nature!
Niles