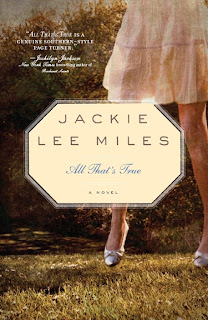 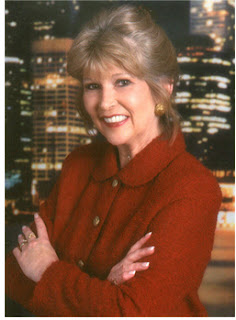 I spent five years writing my second novel Cold Rock River. When I finally finished I was looking for a respite. At the time I was touring with the Dixie Darlin’s, three additional published authors with a passion for promotion. We call ourselves Thelma and Louise Squared, so we’re a pretty zany bunch.

I was also looking for an agent at the time, as mine had recently birthed two babies and left the industry. An author friend of mine said to be careful when crafting letters to agents; that one should never try to be funny in a query letter. For those not in the know, this is a letter writers use to pitch stories to literary agents, hoping to get representation.

I disagreed with my writer friend, figuring I could write something funny from a character’s point of view that would grab an agent’s attention. The result was the tumultuous tale of Francine Harper and her comically troubled marriage to her no-good husband named Dwayne. I wrote the first book Divorcing Dwayne and outlined the second two in the series and immediately sold it to Cumberland House.

I called it The Dwayne Series. It included Divorcing Dwayne, Dear Dwayne and Dating Dwayne. Sort of sounds backwards, but it actually just came full circle, as she divoreced him, wrote him letters to get him off her chest, and then having been recently widowed, started dating him again.

The letter to the agents that I sent out included the opening line to Divorcing Dwayne, the first book in The Dwayne Series:

Me and Dwayne met at a pig-pull. I only married him once, but I ended up divorcing him twice. Dwayne’s a hard man to get rid of.

I went on to describe some of the problems Francine was having with Dwayne and ended with:

Would you like to hear some more of what’s going on down here in Pickville Springs? Like the time I drove Dwayne’s tractor right through the plate glass window of his new topless barber shop? It seats two, so I took my best friend Ray Anne with me. You know I never could understand a tractor having two seats. Is one gonna finish plowing the field if the other has a heart attack or what?

Francine eventually redeems herself after a trial and many errors. The story is a genre removed from what I normally write, but it did provide the respite I was looking for. On the other hand, my debut novel Roseflower Creek was inspired by an actual death penalty case in Georgia. It covers the short life and death of ten-year-old Lori Jean, a sensitive dreamer of a child who longs for a normal family life. Lori Jean discovers a secret that leads to her untimely death. Earl Hamner, creator of The Waltons calls is, “A powerful, extraordinary novel.” My second novel Cold Rock River is the parallel journey of two young women born a century apart. In 1960’s rural Georgia, with the Vietnam War cranking up, seventeen-year-old Adie Jenkins discovers the diary of seventeen-year-old Tempe Jordan, a slave girl, with the Civil War well under way. Adie is haunted by the death of her baby sister. Tempe is grieving the sale of her three children sired by her white master. What’s buried in the diary could destroy Adie’s life. New York Times bestselling author Dorothea Benton Frank writes, “Cold Rock River is a powerful story of family, love and loss that will keep you reading into the wee hours. Absolutely wonderful! Beautifully told and straight from the heart of an exquisitely talented writer.”

I decided I best re-design my web page to reflect my two diverse genres and settled on: Introducing Author Jackie Lee Miles, author of Southern Drama and Southern Sass. I listed my debut novels along with the Dwayne Series. Shortly thereafter Sourcebooks bought out Cumberland House. They were intrigued with the “Drama”, but not overjoyed with the “Sass” and decided to drop the Dwayne series, which broke my heart, as the second book in the series Dear Dwayne was scheduled to be released and the cover was adorable. But such is the nature of publishing. One has to move with the flow.

I’m back to writing drama, but naturally with a comic element woven in. My latest ALL THAT’S TRUE is scheduled to be released January 2011. Sourcebooks calls it “an authentic coming-of-age tale with a terrific takeaway.” It follows Andrea St. James’s (Andi for short), privileged life, which is interrupted in the fall of 1991 when she discovers her father is having an affair with her best friend Bridget’s sexy new step-mother. With an equal mix of joy and sorrow the novel celebrates Andi’s journey to young adulthood, where she struggles with the elusive nature of truth and the devastating consequences of deception.

I hope you’ll pick up a copy when it releases!

Jackie Lee Miles
Posted by A Good Blog Is Hard to Find at 10:00 PM

You do both drama and sass so well!