I have good days and I have bad days, as we all do, and I do have tendencies toward misanthropic or hermit-like behaviors. There are days when I love surrounding myself with people, talking, sharing stories. I recently went to a fundraiser dinner in Atlanta, met a Georgia Senator and the Governor, and almost met Jimmy and Rosalynn Carter. I'd met the Carters before when Jimmy Carter was Governor, but I was only eight at the time. I don't consider myself much of a political person, but I have long admired the humanitarian efforts of the Carters. I followed them out of the event, but the secret service had them surrounded moving quickly, and I felt strange about following them, as if I might get arrested for stalking, end up on CNN, get fired, get tossed off this blog, and so on, so I stayed back once they got on the escalator. Besides, I had no idea what I might have said to them had I been able to meet them. 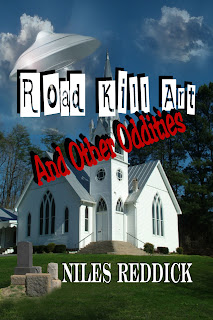 Leaving Atlanta after the event to head home to South Georgia is always a relief, not because I'm coming back to rural Georgia, where nature is still somehow preserved when compared to cemented Atlanta, but because there are less people and cars. Sure, Southern Georgia has its issues. I watched one such issue in the local tag office just last week when I went there to renew my vehicle tags. I was late, had considered making up something to see if I could sweet-talk them out of charging me the late fee, but now that I'm older and don't look near as good as I used to, my sweet-talking seems to come off more like insanity or perversion.  I stood there listening to an old woman carrying an oxygen tank with tubes going in her nostrils literally curse the poor clerk about her late fee: she wanted to know why in the hell Atlanta politicians were getting their tags free when poor folks like her had to pay extra just because they were a few days late. As she rambled and cursed, somehow she boiled all of society's problems to her having to pay her late fee.  I looked at her and found her to be an odd shaped lady with a long face, a tomato-shaped abdomen, pencil-thin legs and a flat behind. Her cotton candy hair style was from the early seventies, and I was stunned that she cursed the poor clerk. I decided not to try my sweet-talk and almost offered to pay her late fee just to get her to hush. 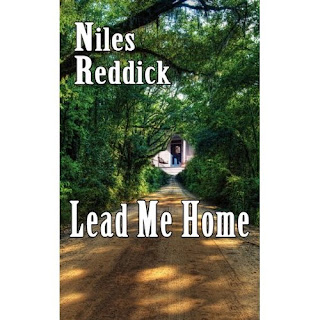 As I left, I stopped by the other window and told the clerk that I was sorry the old woman had treated her so ugly. The clerk told me she was used to it.  When I got home from a rather long day of dealing with people and issues, I told my wife I needed a vacation. I want to have a get-away cabin on my land in Tennessee, where I can escape to my property on a ridge overlooking Tim's Ford Lake with a view of the Northern Alabama mountains in the background. I want to sit on a porch and look at the twenty of so wild Dogwoods bloom in spring, or watch the Maple tree leaves turn bright colors in the fall. I want to see the wild turkeys strutting around and smell the mash of Jack Daniel drifting up from the hollows of Lynchburg. Wouldn't mind having a nip or two for medicinal purposes, of course. I'm not a transcendentalist like old Uncle Walt Whitman when it comes to nature, and while I use nature to set scenes in my own writing, I find nature to be an escape, to get me away from people and issues, to help me clear my mind and appreciate life all over again. Getting back to nature is like being baptized again, being renewed and cleansed of all the imperfections and problems we have heaped on this world. Most important, it allows those of us who write to get a new perspective and to begin fresh.

Niles Reddick is author of a short story collection, Road Kill Art and Other Oddities, which was a best seller and finalist for an Eppie Award.  His novel, Lead Me Home, is a finalist for a best fiction award from ForeWord Reviews, has been nominated for an IPPY award, and he has been nominated as a Georgia Author of the Year award for first novel. Niles lives in Tifton, GA with his wife Michelle, children Audrey and Nicholas, and their two Brittany Spaniels---Jack (Johannes, named for Niles’ GGG grandfather) and Anna (Appollonia, named for Niles’ GGG aunt). He works for Abraham Baldwin Agricultural College. His website is: www.nilesreddick.com
Posted by A Good Blog Is Hard to Find at 5:38 AM

Niles - You are still the handsome man who could sweet talk any woman! Tennessee is so beautiful right now and your description of your view sounds perfect. I, too, love Jimmy Carter and always thought he was a great president - no shots were fired during his presidency. Oh how I wish recent and current presidents could say the same. Love you! Vicki

Vicki,
I hope to get back there this summer for a visit, fall at the latest!!! I'll let you know. Would love to visit you, too. I've got to come see Scott and Meghan's new baby boy!