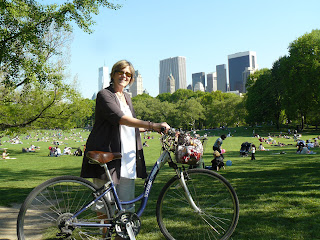 It is really a great blog,I like this post it is very good and informative. I am sure that this post will be very much helpful for people. usbonlinegroup

Thanks for sharing your story. I do think the mother nature affects our desire to do any number of things. I can see why the beach and ocean would be a great inspiration. How you have a second wind of inspiration! And have fun at the wedding. Sounds wonderful!

Another good blog, Susan. I'd like to visit NYC the way you enjoy it! Not a nature lover? Maybe the extreme variations in cold and hot, light and night, wet and dry predispose some of us in the Deep Deep South to prefer concrete and air conditioning. Everything here is just so excessive! And, once again, our best can also be our worst. Mostly enjoying the days of spring in Mississippi. . .

I'm reading this as I watch pelicans soar by my balcony and listen to the endless abundance of Gulf waves crash the white, sandy shore in Destin, Florida. The spring breeze is cool with the scent of salt water and sour towels left in a heap by my sons who enjoyed a late-night swim under a starry, moonless sky.

How does nature affect my writing? It is the setting, the thread that weaves through my prose to engage readers senses and take them along on my journey. It's as intrinsic as the seaweed stuck in the pockets of the bathing suits I'm washing this morning.

Enjoyed the post. Hope all goes well with your daughter's wedding.

I love to have different kind of perfumes for every occasion, I think the perfume determine our personality. Thank you so much for the information you have a very informative blog!

Gently draws a smooth line to define your beautiful eyes, softly, without pulling or tugging. Made from vegetable waxes, no synthetic petroleum oils.Gluten-free.Preservative-free.Vegan.
https://www.uhsupply.com/category-s/11004.htm