Carolyn Haines: TOURING THE DELTA WHILE THE COAST FAILS 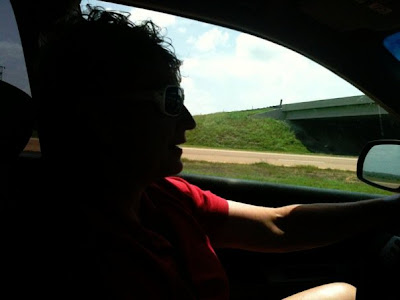 I’ve just returned from a whirlwind book tour through the Mississippi Delta to celebrate the launch of BONE APPETIT, the 10th book in the Sarah Booth Delaney Delta mystery series. That triangle of rich, flat land that extends south of Memphis down to Yazoo City and from the Mississippi River east to the hills has become my second home. 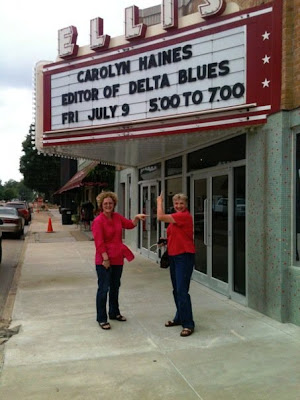 I did double duty on this tour, because I also signed copies of DELTA BLUES, a collection of short stories I edited centered around the Mississippi Delta blues and a crime noir element. Short story contributor to the anthology, Alice Jackson, was my traveling companion and co-signer and we were also joined by short story author Suzanne Hudson. Suzanne had more sense than to ride with us—but she joined us for the signings at Greenville, Greenwood, Vicksburg, Cleveland and Jackson (all in Mississippi). 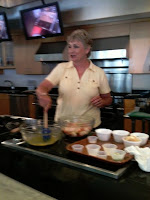 BONE APPETIT has numerous scenes set in the Alluvian Hotel and the Viking Cooking School—and as part of the fun, I assisted the resident chef in a cooking class on Friday. We made three delicious appetizers and I didn’t even blow up a single oven! But I have to say, I might enjoy cooking more if I had some of that state-of-the-art equipment. And the class was a delight. Fun, light-spirited and with a real “can do” feel. 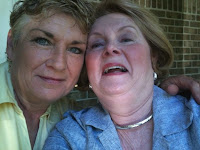 But some of the most fun was cutting up with my long time buddy, Alice. We have known each other for over thirty years, and we grew up together in the newspaper business. We took completely different paths, but we have remained good-natured, teasing friends. The Facebook pictures we posted along the way give an indication of how much we torment each other—and what fun we have doing it. 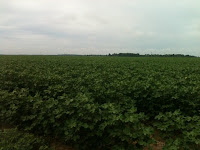 Driving across the Delta (repeatedly!) I surprised myself with the way I’ve come to know this part of the world and to view it as “mine.” I take an interest in new development in the small towns we drove through, in the state of the highways, in the height of the cotton. 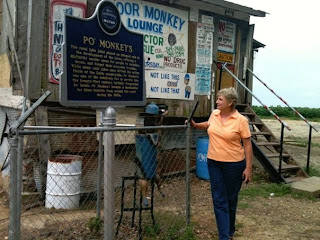 Beverly Moon took us to a new juke joint, Po' Monkey’s, and we learned that just last month Eric Clapton put in an appearance there. The Delta is a strange and magical place where anything can happen.
While we were in Greenwood, the film crew for THE HELP was gearing up. And there was a film crew from Wisconsin filming webisodes in the cooking school. Greenwood has suddenly become (much like the contestants in the book) very filmable. 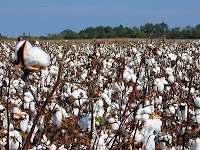 For any student of Mississippi history, the Delta towns have always been an interesting mirror of the soul of this multi-cultural state. The Delta is only one region, but for many decades it was the seat of power, the place of big money and big land and big cotton. In Greenwood, life is good this summer.

There’s a sharp contrast at work here. The Gulf coast, home of casinos and the fishing industry, is shrouded in disaster. The oil spill has taken over everyday life. How will this oil affect this region—which hasn’t even really begun to recover from the effects of Katrina. It is heartbreaking to watch the destruction. And worst of all is not knowing when it will end. 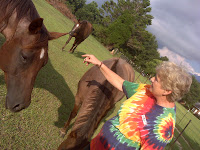 On a personal note, this was one of the best book tours I’ve done. Good company, good food, good bookstores, and great people. I have laughed for a week, and I have also managed to avoid the news. But I am home now, and I look out over my pastures and my horses and I worry. Great changes are taking place in this land that I love. No one is certain of the extent of the environmental damage that this oil gusher will produce. Only one thing is certain: the coast is forever changed. I don’t like this. I don’t want this. And the only thing I can do is write about it.


Carolyn Haines is the 2010 recipient of the Harper Lee Award.  Haines is an avid animal activist and cares for 22 animals on her farm: horses, cats, and dogs.  Visit her on Facebook and be sure to check out her website to sign up for newsletter.

Carolyn, do you think that Sarah will eventually visit the coast again? Maybe something post-oil spill. She and Tinkie had a great adventure in New Orleans in "Hallowed Bones". What about something in the Louisiana Swamps or along the beaches in Mississippi?

I LOVE Louisiana!!! That would make a great setting. And maybe have other ghosts where Jitty could put in her FOUR cents worth. ;0

The next Bones book, BONES OF A FEATHER, is set in Natchez. I'm torn about the 2012 book. Gulf Coast, Greenville, Zinnia--Mississippi has so many wonderful places to set books. And, of course, Louisiana holds a portion of my heart, as does Alabama. I'll have to wait for the inspiration to strike and see where those Zinnia girls end up.

Anywhere is great as long as more books keep coming. ;0

Loved this blog, especailly since I was recently in the Delta. It's funny how our paths keep crossing but we never meet. We both write hardcover cozies, and at one time, we wrote for the same house! You have to come to Tupelo for a signing so we can talk!

PEggy, maybe your guardian angels are protecting you! Every time I go to the Delta, I get in mischief. It's a talent I have.

Great Post Carolyn and great pics.
Thanks for sharing.