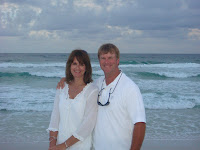 Writing struggles? Now, there’s a topic anyone suffering under this involuntary affliction that causes it sufferers to lay words on paper (or screen) at all costs can speak to ad nauseam. The American Heritage Dictionary, by the way, defines ad nauseam as “an argument made repeatedly, possibly by different people, until nobody cares to discuss it anymore”, which could suggest that I chose the wrong term, but I don’t think so. More likely, the reaction is relative. Those who love us may tire of our self-imposed trauma but fellow sufferers have huge reserves of patience for our therapeutic tantrums. They understand it’s a law of the universe. We write therefore we struggle, eh Descartes?

I’ve decided to use my turn at the blog bat here to leave a few tips for those who may be a step of two behind me on the writing trail, sort of like Hansel and Greta only I’m afraid I’d be leading y’all straight into trouble rather than guiding you to safety so I guess the Pied Piper would be a more fitting analogy. Question from an unrepentant digresser, have you ever wondered why so many of the old fairytales seem bent on striking horror in the hearts of our children. I did and my curiosity led me to an Internet search. Good heavens. As I like to say, “Oh, the tangled web we weave when at first we Google.”

It may be totally bogus, and it may be the truth and everyone on the planet knew it except for the naïve yours truly, but one source said the tales started out much worse, truly grim accounts that eventually evolved into the much-loved stories we consider the originals. If you can believe it, Cinderella received her evil stepsisters’ eyeballs as a wedding present from the birds and I won’t even share the background I dug up on The Little Mermaid. You’d never look at Ariel the same way again.

I found several theories as to why the fairytale writers had such a taste for tragedy but I think I prefer my own. Perhaps their twisted offerings were an outlet of sorts for their own internal writing struggles, which is all the more reason for us to figure out how to deal with our mantles without scarring future generations, amen? Hence, my humble tips for those coming behind me.

Learn to embrace the empty page. See it as a marvelous challenge that you can fill in a totally unique way than anyone else on the planet. Remember six? Remember an empty coloring book and a box of freshly sharpened Crayola crayons? Color like crazy and forget about the lines. It hurts less that way.

Hugs,
Shellie
Shellie Rushing Tomlinson is the author of "Lessons Learned on Bull Run Road", "'Twas the Night before the Very First Christmas", "Southern Comfort with Shellie Rushing Tomlinson" and the 2009 Nonfiction Finalist for Book of the Year released by Penguin Group USA, "Suck Your Stomach In and Put Some Color On". Shellie's excited about the Spring 2011 release of the sequel, "Sue Ellen's Girl Ain't Fat, She Just Weighs Heavy!" Shellie is owner and publisher of All Things Southern and the host of a daily radio show and weekly video chat by the same name.
Posted by A Good Blog Is Hard to Find at 10:12 PM