A good setting is more than trees and couches 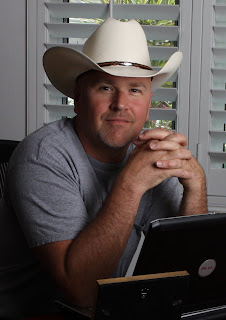 I started writing fiction after moving from Minnesota to Macon – largely because I was so intrigued and  entranced by my new surroundings that I wanted to share it with the world.  Macon was so unlike any place I’d ever lived … like it was another country or planet. Even the soil was red, like the surface of Mars.
So … to make a mid-size Georgia city even more interesting as a setting for my novel (Southern Living,  Ballantine Books) I decided to relocate an immense Toyota plant there, and bring 3,000 transplanted workers from New Jersey into the heart of Georgia.
Can you say “conflict?” Can you say “Southern culture under siege?”
So … how could I best create a setting for this? Instead of describing the landscape with normal descriptions I used a different device. You know how so many southern newspapers have those columns in which people call in, anonymously, and say anything they want to? In Macon, it was called Straight Talk, and I think it painted an emotional landscape of the city and region that was crystal-clear. So … I decided that for my novel I’d create the “Chatter” column in the Selby (Georgia) Reflector. I started each chapter with two or three of these made-up tidbits.
Dear Chatter: I don’t believe one word of that story in the Reflector that talked about pig guts being just like human guts. Maybe your editors need to read the Bible more. God created Adam, and it’s Adam's job to eat that pig. Remember that.
So what does this say about the setting of the town in the novel? It hints at how strong religiosity is in Selby … and maybe shows that there’s a conservative element living there as well.
Here’s another:
Dear Chatter: To all the people who broke the hair-bow chain letter we sent: I just wanna say thanks for ruining my little girl’s day. We were counting on those hair bows.
Dear Chatter: What is it with all the grown women wearing hair bows on Sunday?
Obviously, this shows that people believe in dressing up in Selby on Sunday, and it also shows that there’s a new, curious, skeptical element in town: those Yankees who don’t understand Southern Culture. These Chatter items also show the love of textiles and fabrics and adornment that Southerners love. (Hey, who can forget Scarlett and those curtains?)
Dear Chatter: If a vampire can’t see himself in a mirror, how does he comb his hair? How does he get to looking so nice?
This shows a sense of humor and wonderment in a way that you only hear in the South. Kind of South Park meets Flannery O’Connor.
Dear Chatter: I’m wanting to know who makes the best chitterlings in Perry County, and do they do takeout?
And:
Dear Chatter: The difference between margarine and Crisco is that margarine’s yellow and has salt. You can always add yellow food coloring to the Crisco.
Obviously, this shows the reader a little about the food culture and state of health and exercise (hey, unfortunately, most of our southern states lead the country in just about every health-related comparison)… and they realize that chitterlings are common enough of a staple that someone would even presume  that they’d be available in takeout form.
Dear Chatter: I’m absolutely amazed at how you Southerners can find Jesus and God’s hand in everything. Let’s get some things straight: God has nothing to do with you winning the lottery or the raise you get at work, I’ve lived in Selby for six months now, and sometimes I feel like I’m living with wild natives of some third world country.
Obviously, this shows the un-religious ways of the Yankees who have moved to town … and shows how the cultures are clashing.
Dear Chatter: I’m thinking you need to change the Selby Reflector’s name to the Ebony Reflector.
Ah, yes. Racism. Part of every culture and urban landscape, be it North or South.
Dear Chatter: There is no justice in the world. A security guard who carries a gun is selling his sister’s soul, and I have proof, but the law can’t do anything. The person he sells it to has money – so can someone tell me what to do?
I took this one verbatim out of the Macon newspaper column. I thought it reflected a sense of frustration and helplessness in the working class culture. I also just thought it was funny and odd!
Dear Chatter: The Southern way is to live and let live, so for all you Yankees who don’t like the way we do things down here, I’ve just got one thing to say: Delta is ready when you are.
I thought this showed how non-confrontational and polite Southerners are, even when they feel their culture is being threatened. The caller could have been meaner but instead approached his anger in an oblique manner.
I guess what I’m trying to say is that setting is more than landscape. A big part of a successful setting is the words that come from the peoples’ mouths who live there.
Setting is more than trees and doilies and dried pimiento cheese in the kitchen sink.
Ad Hudler’s most recent novel is “Man of the House,” published by Random House. He is currently on his Tailgate Tour 2010, visiting Pulpwood Queens throughout the South, who chose his book as their July pick. In this month’s Oxford American he has an essay titled “Tree Bitch.” He blogs at AdHudler.com
Posted by A Good Blog Is Hard to Find at 8:17 PM

I loved this. You and I have such similar backgrounds. I'm from Minnesota too (Rochester--where everybody either worked at IBM or the Mayo Clinic) and I moved to Augusta Georgia when I was thirteen. I, too, thought I'd landed on a different planet. I remember I had to take ballroom dancing ("Social" as it was called) and I dressed and talked all wrong. I've grown to love the place but there was a lot of culture shock involved initially.

Anyway, Southern Living is a must-read for everyone. It's hysterical.

"Show, don't tell" is a cardinal writing rule and you aced it! I'm still chuckling over your letters to Chatter.

LOVE LOVE LOVE this, Ad. Didn't realize you lived in Macon. I'm actually setting part of my novel-in-progress in Macon, but only one section of it. I've never been there, but it fit the demographics I needed for this part of the book. I grew up in Mississippi, but I didn't want to set any of the book in my home state, as part of an effort to delineate the main character from myself as much as possible:-) "Southern Living" is a joy!

Fox Airsoft is The Ultimate Airsoft Store. We carry professional airsoft guns, tactical gear, upgrade parts, and more. Our retail airsoft store is located south of Denver, in Parker, Colorado.we have the exact you need from our store.the articles of your blog are really very useful and interesting and people love this useful info.this is an online market for guns.

thanks for this great info.
Airsoft Store

Absolutely loved this. Absolutely loved Southern Living. Guess I just about "absolutely love" everything I've read that you do . . . including your Tree Bitch piece. Oh, and thanks for your accompanying picture. While I so enjoyed the one in the hammock, I do believe this was much more appropriate for the setting.