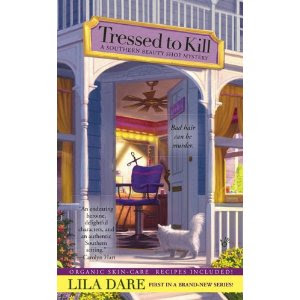 The call I want to tell y'all about is the one I got from my agent, offering to represent me. It was such a huge turning point in my writing career and the start of many wonderful things. I began writing full time in 2004 and "finished" a mystery manuscript about six months later. I started sending out agent queries, confident I'd soon have representation. (Cue evil laughter.) Rejection piled on rejection. I'm pretty sure agents I didn't even query rejected me, just to get in on the trend. Finally, at a writer's conference, a kind agent told me my manuscript was too long at 120,000 words and I'd need to cut a third of it. I did. Painfully, and at times one word at a time, I trimmed it to about 84,000 words. I began getting requests for sample chapters and then for the whole manuscript. I continued to work on other projects as I sent the first manuscript around. Finally, it caught an agent's eye and she and I went back and forth several times with her sending critiques and re-write suggestions and me revising and re-sending. Finally, after several months of this, she said it just wasn't her kind of thing. (Cue tragic music.) I was crushed. But . . . she said she had a friend who repped mysteries and she'd like to send it to her. I, of course, agreed, especially since her friend was an agent who had rejected the manuscript a year earlier before my latest re-writes. The friend liked the manuscript and called to chat. She didn't offer to represent me in that first conversation--I'm pretty sure she was feeling me out to see if she thought we could work together. Finally, a week after the first call, when I let her know another agent was interested (yes!), she offered to represent me. I immediately called my husband and he brought home a bottle of Champagne to celebrate. It was a wonderful day, a validation of all my work, the promise of book sales to come. Since then, she's sold ten books for me, the first of which, Tressed to Kill, hit bookstores in May. (Let me add that we never sold that first manuscript, so it's CRUCIAL to keep working on new projects . . . never quit!

Author of the Southern Beauty Shop mysteries, Lila Dare was born in Georgia and has lived in Alabama, Mississippi, and Virginia. Although she has never worked in a beauty shop, she frequents salons and likes to tell her stylist: “Surprise me.” Maybe that’s why she looks nervous in her photo. She currently lives west of the Mississippi with her husband, two daughters and dog, and misses Southern cooking and friendliness, but not the humidity. (www.liladare.com)
Posted by A Good Blog Is Hard to Find at 7:09 AM

Wishing you much success with TRESSED TO KILL.

Best of everything with TRESSED TO KILL.
I won a copy of it a couple on months back and LOVED it. It is going to be the subject of my Sunday Reads post this week.
Giggles and Guns

Mason--Thanks for your good wishes.

Mary--Thanks for reading TRESSED and liking it. I'm traveling, but I'll try to get to a computer again to read your poast on Sunday.