Gardens and Children Both Involve Some Weeds 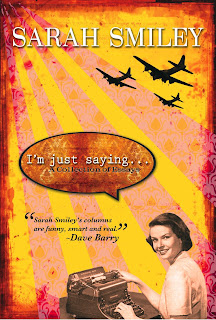 Last month I spoke at a military-spouse event in Virginia, and a woman in the audience told me that her children, who are now grown but were raised in the military and had made dozens of moves during their childhood, each considered a different city to be their home.

This led me and my husband, Dustin, to a familiar debate about where to raise our children. It's a debate that is somewhat beside the point for military families who usually don't have control over where they will live and for how long. In any case, Dustin and I asked ourselves, is it better to expose our children to different experiences and environments, perhaps at the risk of diluting their sense of place or having roots in a "hometown"? Or is it better to give our children one city, one house, one community to come back to and say, "this--this very place--is where my brothers and I grew up"?

"I think kids are alot like seedlings," Dustin said as we drove along I-95, headed for Hampton Roads. "You can't just take seeds that are started indoors and put them in the ground. You have to expose them, little by little, to the elements first."

Just before we left for our vacation, I had done that very thing with a tray full of seedlings. The leggy sprouts with delicate leaves had never been exposed to wind, rain, or extremes in temperatures. For their entire existence thus far, they sat on the windowsill in my boys' bedroom, insulated from the outdoors, yet still able to soak in the sunlight. In fact, as the new plants grew taller and their roots began to crowd the small container, the stems arched, at first almost imperceptibly, and then later with astonishing aggressiveness, toward the light coming through the glass. It was as if they were almost begging to get out of their cramped pots and spot upon the sill. So I took the trays outside for a few hours at a time at first, and never at night. I watered them, made sure they were warm, and then explicitly and methodically exposed them to the harsher environments that they'd eventually need to stand up against. Once I was sure that the plants could handle it, I left the tray outside overnight. I let the rain pound the thin stalks down against the dirt. And then I carefully took each one out of its container, made a hole in the ground, and set the plants free in the garden.

I suppose Dustin is right. I'd like to be able to do the same thing for my children. I'd like to shield them from the world while at the same time pruning their branches and keeping the soil free of weeds. However, as any gardener (or parent) knows, even the best weed prevention is no match for the yellow dandelions of spring, whose roots are as big as industrial rubber bands and seem to grow from and grab hold of the very bottom of the Earth. My tray of seedlings needed extra attention, bordering on coddling, in order to thrive. But an unwanted weed? Well, those seemingly pop up over night despite your robbing them of sunlight and water. If a tiny dot of poison makes its way onto a seedling's tender leaves, it will kill it. Yet a gallon of poison often isn't enough for the largest dandelions.

I had also sprayed our yard for weeds before our vacation. When I came home a week later, I found that the weeds were mostly gone, and so was and a large section of our grass. It's the same way with the kids: I teach them one thing ("Don't talk to strangers"), only to unwittingly stamp out another ("Why didn't you answer that nice lady at church when she talked to you?"

"Because you told me not to talk to strangers, Mom.")

Yes, both children and gardens are incredibly fickle things to manage, but as important and necessary to this world as the air we breathe. It seems deceptively easy to get it right when you and your husband are sitting in an air-conditioned car comparing and contrasting big-city living with small-town life. And yet gardens can also be like raising children when many seasons later, after noticing all the weeds you meant to pull but eventually overlooked, or the bare ground where you thought you'd plant some flowers but never did, you realize that your garden hasn't necessarily been growing because of your best intentions. Indeed, often times, it has been growing despite them.