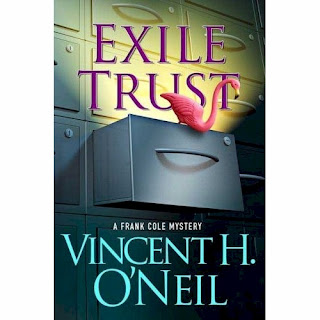 What Could a Yankee Know About the South?

One of the reviews for my novel Murder in Exile questioned my choice of the Florida panhandle as the location for my mystery series. Noting that I’m originally from Massachusetts and currently hail from Rhode Island, the reviewer suggested that Providence might have been more appropriate than the fictitious town of Exile, Florida.

In fairness, this critic could not have known that I lived in the South while serving in the US Army, and that I spent a fair amount of that time in northwest Florida (hereafter referred to as the Panhandle or the Emerald Coast). I first came to the area as a student in the Army’s Ranger program, parachuting onto Eglin Air Force Base and then spending two fun-filled weeks in a surprisingly underutilized chunk of the base known as the Yellow River.

As you might have already guessed, this prime piece of real estate was mostly swamp. I wandered through it for many days with my fellow Ranger students, armpit-deep (and frequently submerged) in the aforementioned Yellow River. So although I don’t qualify as a local, I do know a portion of the region in a way that many of the people born and raised there do not.

This raises one of the benefits of setting a story on relatively unfamiliar ground: Outsiders often bring a fresh set of eyes to their new surroundings. I tried to showcase this benefit in my mystery series by making my main character, Frank Cole, a newcomer to the Emerald Coast. As a Yankee transplant, Frank approaches his adopted home with a mixture of awe and ignorance—which puts him on the same footing as many of the book’s readers. Writing in the first person brings Frank even closer to the audience, as they discover the region right alongside, and through, their narrator.

This was a particularly enjoyable facet of writing this series, as I wanted to introduce people to a place I have grown to like very much. The Panhandle is a great location for a book series because it has a little bit of everything: Big cities, small towns, sandy beaches, lush forests, major universities, and (unlike some other parts of Florida) changing seasons. The choice of an unfamiliar location helped with the storyline as well: By dropping Frank into the town of Exile, I was confronting him with an alien environment where he had no friends to help solve the murder that would shortly be thrust upon him.

And maybe that’s the best reason for writers to go beyond the things they know by heart: By challenging Frank in this way, I was also challenging myself. Instead of placing him in a locale which I knew intimately, I was now required to acquaint myself with a new setting in much the same way as Frank. Beyond that, I had to recognize the differences between the part of the country which I call home and the region where I had exiled my main character. In the middle of writing a seemingly simple scene, I would be confronted with questions such as: Do people on the Emerald Coast call a District Attorney a “DA” the way we do up north? And if not, what is the term they use?

Of course there are easy ways of answering these questions, such as looking up an online version of a Panhandle newspaper or calling one of the many people I know in the region. But that’s not the point: Having to slow down and consider fine points of narration that I would normally take as a given (if writing a piece set in my backyard) causes me to slow down and look at the entire story with the same level of concentration.

And what writer doesn’t benefit from that?


Vincent H. O’Neil won the St. Martin’s Press “Malice Domestic” Writing Competition in 2005 with his debut novel, Murder in Exile. The series now contains two other books, both featuring Yankee transplant Frank Cole and the town of Exile, Florida: Reduced Circumstances and Exile Trust. Sample chapters and reviews are available at his website, www.vincenthoneil.com
Posted by A Good Blog Is Hard to Find at 7:59 PM

Thanks so much for posting this, Karin! Great site.