What Writing Has Taught Me by Susan Reinhardt 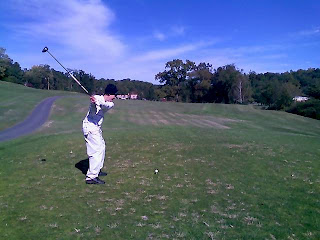 Writing dilutes my pain. It also enhances all the good that blows my way.
Few hobbies, or in this case, livelihoods, can do both.
I’m going through a really hard time with my teen son. He’ll be a junior in high school and was once a prodigy in golf. While he’s still on the golf team, he lost complete interest once he turned 16 and got his driver’s license.
Instead of being at the driving range in the afternoons and hitting his 7 iron, he veered about town testing other clubs. Get my drift?
For me, this meant nothing but worrying night and day.
“Where is he?” I fretted. “Why won’t he answer his cell phone?” “He did what? Traded his Wii for a paintball gun?”
I’d call friend for support. We do this regularly, exchange miseries so that one will weaken the other. Pining and penning about grievances and pissy situations always coat the wounds in a form of written Neosporin.
“What did he do now?” she asked, voice weary.
“I’m now 32 percent gray due to giving birth to this ‘undisciplined teen,’” I said. “It costs me twice as much at the hairdresser now that I’m a ‘double processed’ girl. First the roots, gray as granny’s pewter, then the highlights.”
“Yeah,” she says. “Well, I got fruit flies.”
“Fruit flies? Did you say fruit flies? They don’t end up in Juvie!!! They don’t terrorize grannies with bursts of painful paint pellets.”
“I have a few wolf spiders, too,” she said, trying to up the ante.
Good grief. She’s childless and clueless.
Meanwhile, I’m aging fast, and you sisters in motherhood know where I’m coming from.
I’m too poor to get Botox, which I desperately need due the wild teen and what occurred 17 years ago in a church cemetery.
Never do the bidness in a church cemetery. You WILL conceive. It’s God’s way of punishing one for getting happy near the headstones. I blame my pre-embryonic man/child’s latest behaviors on this act of poor judgment on my part. I was simply trying to be daring and sexy on what was then my third anniversary with my now ex-husband.
Soon I blew up with child – and I don’t mean one of those cute movie star baby bumps – but a full-fledged fat attack. People wanted to put red-eye gravy on me. They said I made Hardee’s biscuit look flat and lifeless.
This graveyard pregnancy turned me into Kirstie Alley prior to her whittling with Jenny Craig. I had four chins, pelican pouches for triceps and an ass that could double as a dinette set for a family of four.
Top that blubber off with some pregnancy complications, such as a breech child, and you know you’ve been cursed for lovin’ in a boneyard.
Nothing doctors and midwives suggested urged this stubborn breech boy to turn from sitting upright in my womb like a king on his throne.
“Shine a flashlight down at your…region,” said the midwife, referring to my “hoo-haw.” “See if he won’t turn toward the light.” She sounded like a Spielberg movie.
You should have seen my husband (ex) when he walked in from playing pinball at Frank’s Pizza and witnessed me shining a flashlight at my possum. That’s our pet name for va-gee-gee.
“You are officially insane,” he said.
“I’m trying to get this kid to turn. Hand me that extra pepperoni pizza. I’m so hungry I could eat 12 slices.”
Next up they told me to try headphones and make my hoo-haw a musical paradise. So I placed earphones “down there” and still my baby boy wouldn’t budge.
Well, it’s been 16-plus years and nothing’s changed. He’s still breech, in the sense he won’t turn his life around the right way. I’ve learned that fighting and threats only make it worse.
But writing about it….ah, the therapy of letting all of you know I got myself a wayward kid. Thanks for letting me pour it all out.
P.S. He’s really a charmer deep down inside. One day, the old wise ones promise, he’ll come to his senses and fly right. Meanwhile, Lady Clairol and Oil of Olay await.


Susan Reinhardt is the author of three best-selling humor books. “Not Tonight Honey, Wait ‘Til I’m a Size Six,” “Don’t Sleep with a Bubba,” and “Dishing with the Kitchen Virgin.” She is a frequent speaker and stand-up comic.
Posted by A Good Blog Is Hard to Find at 8:17 PM

Susan . . . where do I begin. First - Thank God for friends who with or without children will allow us to pout out our worry at all hours and without end over teenage sons running on a rocky road. Bless their worn down ears and patient hearts. Otherwise, I have so been there and I just want to say time, prayer, love. My sons who went through some rough spots (understatement here) are now incredible men who I admire and respect. I will be thinking of you as you move through troubled waters to a better time. In the meantime, yes, putting words to the page is great medicine. Peace, River

I love you Susan Reihardt as you write the truth. As I write my 15 year old daughter is upstairs furious at me for everything. Too many things to list but I read your post and suddenly I have a comrade at arms who is in the battle with me. Ahhh, those teen years. I was as stubborn as my daughter but those offspring testing us, well at least for me, I'll too old for this and perhaps could have handled it better if I had been your age.
Now considering the grey, darling if you were here I would retouch and highlight for free so unless you move closer, or I pull up roots, we're both stuck with grey hair and shot nerves.
It does get better. So remember, just like in my book, when life hands you a big fat lemon, make margaritas. God Bless You and here's to better teen dealing days ahead!
Your pal,
kat