My home's in Alabama by Theresa Shadrix 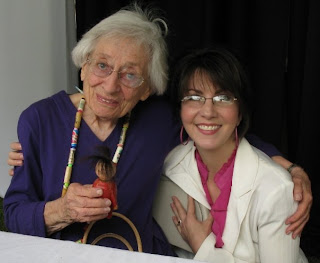 With the latest issue of Longleaf Style magazine focusing on roots, even a Bubba could figure out why I’ve been thinking so much about home and the South. In the summer issue, we have Rick Bragg’s “Why I write about home”, Diane McWhorter wrote about Birmingham and the civil rights and Nathalee Dupree gives a tasty ode to Southern cooking. To think about anything other than the South would a downright shame after reading it.

Truth be known, I used to feel somewhat like a carpetbagger. Yes, I was born in the South and I’ve lived in the South for over two decades. But, my childhood memories of the South are slim, thanks to my mother’s second marriage to an Army man. (Vincent O’Neil, I so understand your post!)

With two separate tours in Germany, I was a bonified cultured girl. I toured castles and camped under the stars in Munich. I shopped stores downtown markets. I bought fresh pretzels from street vendors. I never went to church and didn’t know one single thing about VBS, GA’s, or Sunday School. I learned to play soccer with kids who couldn’t speak English. I listened to Oingo Boingo, Led Zeppelin and Generation X. I got my ears pierced in Frankfurt. I read C.S. Lewis and Trixie Beldon.

I was in the 9th grade when my family returned to the South and made our home in Alabama. I couldn’t have been more out of touch with Southern reality as I was then. In the mid-80s, I was a European-inspired fashionista who talked funny. My “oil” rhymed with boil and I had not grasped the concept that anything that came before “bless your heart” was probably an insult in sweet disguise. I didn’t eat biscuits or grits or lard in my green beans. I had never seen the Andy Griffith Show. I was really quite pitiful.

But, I’ve come a long way. I married a born-and-bred Southern boy almost 18 years ago. I live in the country and drive by pastures with grazing cows every day o my way to work. I can make biscuits from scratch, prefer creamed potatoes to rice, can’t stand to eat those five minute boxed grits and green beans are not cooked unless seasoned with a touch of lard. I reference tweezers to Barney and hunting tigers. I love my relationship with Jesus Christ more than I love fried okra and home-grown tomatoes. I also prefer to listen to Rick & Bubba than Larry the Cable Guy because they are real good ol’ boys. Speaking of which, I’m not scared of rednecks, overalls, trucks or camo shorts. I can’t wear white to before Easter, even if they do in New York. I don’t flinch if I see a Memaw put a pinch of chewing tobacco in her mouth after supper. And, for Heaven’s sake, I capitalize “South”.

And, I love Southern authors!

As an editor, no writer has influenced me more than Kathryn Tucker Windham because she was one of the first “girl reporters” in Alabama. And, she has a mess of talent even at 91 and she really, really loves the South. At the Alabama Book Festival, she told the crowd that something was wrong with people who put sugar in cornbread. She was serious too. She cried when I gave her a "Scarey Ann" doll that I found online. If you don't know why "Scarey Ann" means so much to her, well, read her latest book "Spit, Scarey Ann & Sweat Bees."

I really love to recommend Southern authors to my friend’s cause there is nothing like telling someone, “”One Mississippi” by Mark Childress will leave you feeling a little beside yourself but just remember that not everyone down here is crazy. He just wrote it that way for fun.”

Most recently, I recommended Cassandra King’s “Sunday Wife” to a northern writer friend, who is also a pastor’s wife. I also told one friend, who suffered minor headaches, to read “Ray in Reverse” by Daniel Wallace and she said she had to think so much that it cured her. (I’ve also learned to embrace my sense of humor, which, I think, comes from walking barefoot in red clay in Alabama.) The only books by northerners I recommend are “Life with Father” by Clarence Day, Jr., who died in 1935, and anything by Erma Bombeck.

My list of authors who influence, entertain and, sometimes, warp me is very long. I bet it will continue to grow. I like reading Southern authors because they make me feel at home. I may have lived for a few years in another country but I wouldn’t live anywhere else than in Alabama. I think it’s because the South has a way of wrapping her arms around you and squeezing the city right out of you. Bless all our hearts.

Theresa Shadrix is the managing editor of Longleaf Style magazine. Her first book “Naked before God” is in the Lord’s hands, on her agent’s mind and hopefully soon will be in a publisher’s heart.
Posted by A Good Blog Is Hard to Find at 10:36 PM