"The Writer You Will Become" by Andy Straka 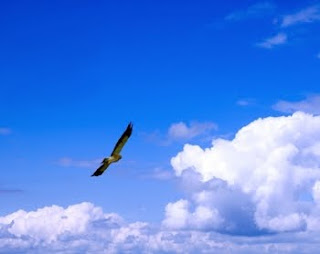 The great thing about writing novels is that every now and then you get to feel victorious.

When you type those final words THE END at the conclusion of your manuscript.  When you’ve completed a first draft, a second, a third, and a fourth, or more of your book, and when at long last you start to get the feeling that maybe, just maybe, you can begin to call what you’ve written a novel, the feeling is like nothing else on earth.

This afternoon, I emailed a copy of my sixth novel to my agent in New York.  It’s been a long time coming, for a whole host of reasons. Suffice it to say that as a writer this book has pushed me, punched me, shaken me, stirred me, and spit me back out again so many times that at one point just six months ago I had nearly given up hope of ever getting this one done.  Now, it’s finally, finally out the door.

I know, of course, my agent will have suggestions and want me to revise some more.  And then, if we’re fortunate enough to make a sale, another editor or two will have a crack at it and there will be even more tinkering, waxing, and polishing.  But for now, at least, I can safely and honestly say the project feels substantially complete.

As I reflect tonight on the struggles we all go through as writers, I really only want to tell those of you who write one thing:  It’s worth it.  It’s worth all the pain and aggravation, late nights and early mornings, heartaches and joy.  No matter what may happen to your writing; whether you ever gain the recognition you deserve, whether you earn zero dollars from it or a million, it’s all worth it in the end.

Andy Straka is the author of the Shamus Award-winning and Anthony and Agatha Award-nominated Frank Pavlicek novels. A licensed falconer and co-founder of the popular Crime Wave at the annual Virginia Festival of the Book, Andy is also the author of Record Of Wrongs, which Mystery Scenemagazine calls "a first-rate thriller." His latest novel is Kitty Hitter (ISBN 1594148120 Cengage/Five Star $25.95).
www.andystraka.com
Posted by A Good Blog Is Hard to Find at 10:22 PM

Thanks for this encouraging, motivating post! I needed to hear that this week. :)

thank you. that is so easy to lose sight of.

I appreciate this post more than most, having spent more years than most struggling in the way you describe. Recently I hired an editor to help with my 6th? revision of my third novel. I'm hoping to have enough energy left to try another while my queries go unanswered or are refused.

I needed that, as Laura Marcella said.