In Praise of the Written Word

When it comes to words, whether written or spoken, I believe women automatically need more of them to convey whatever it is they wish to convey. I’m not trying to be sexist, mind you, just honest.

If I want my husband to take out the garbage I might say, “My hands are full and the kitchen trash is overflowing the bin! Can you be a sweetie and take it out for me?” 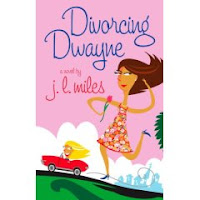 Were the situation reversed he’d say, “#%!! damn!” And of course I’d come running. That’s his two words to my twenty-three.

And if I’m feeling rather tired and don’t feel like attending the neighbor’s ballyhoo, I might say, “You know I’ve had a tough week and I’m feeling really beat. Do you mind if we send over a bottle of wine and our apologies?” If he were the one not wanting to go he’d simply say, “Tell’em we’re not coming.” His four words to my twenty-six.

When I share my thoughts with him on why I feel the world has gotten too commercial and ask him why that is—hoping to coax him into a meaningful conversation about the shifting times—he says, “Dunno.” One word and he’s back to his newspaper.

A woman’s need for an abundance of words not only includes the ones spoken, but those written, as well. I read this story that totally supports this hypothesis. Apparently, Sally and Frank—both writers by profession—kept daily journals. Upon their untimely demise my friend was sorting through their papers and discovered the following entries dated January 26th.

The New Year is not even one month old and Frank is acting very strange. We made plans to meet for a drink right after work. I got tied up and arrived late. He didn’t say anything, but seemed very distant. I asked if anything was wrong. He said, “No.” I asked him if he was upset that I was late and hadn’t called. He said, “No.” When we got home, he immediately turned on the television and started surfing channels. I’d counted on a romantic evening in front of the fireplace. I sat down and tried to cuddle up to him. He smiled slightly, but never said a word. I felt like he definitely had something on his mind, but was hesitant to discuss it. The silence was too much for me. I went to bed. Soon he joined me and much to my surprise he responded to my caresses and we made love! But afterwards, he fell asleep immediately. I lay there and cried. I’m almost sure that his thoughts are with someone else. It’s like he no longer wants anything to do with me. My life is a disaster. I just know I’m losing him and I don’t know what to do.

Didn’t get the promotion, but had a great role in the hay.

Words—too many or not nearly enough? Either way, I rest my case.

Jackie@jlmiles.com
Posted by A Good Blog Is Hard to Find at 7:50 PM

I like this blog is fantastic, is really good written. Congratulation. Do you want to see something more? Read it...:Great investment opportunity in Costa Rica: beach real estate, condo, condos for sale. Visit us for more info at: http://www.jaco-bay.com

Hey Jackie,
Congratulations on the first book of your new series. I was in one of your workshops last fall at SCWW and I wish you all the best on your newest release.
You keep writing and we'll keep reading!