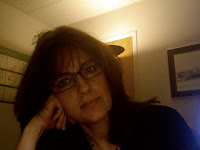 When I was a child I had this belief that when you were born you had a certain amount of words assigned to you and stored up (who knows where) inside your body. When you used up your allotment of words you fell over dead. Truth. I swear. I simply believed it with all my heart. It’s why I would sit wisely at my Grandmother’s feet as she and the old women who had come to visit from down the dirt road would huddle by the fire and talk and talk and talk. And there I am listening to all this gossip about whoyoucallit and whatshisname and whatshedid and I’d think to myself like a little sage, “So many words being lost, lost, lost. They are just wasting their lives!” But of course I never brought it up because I was planning to live for a long, long time.

Now when I mention this my mother asks me with a horrified expression, “Where in the world did you get such an idea?” I honestly say, “I don’t know.” I believed that way before I could talk which explains why I was such a quiet child. They thought I was simply well behaved. I was actually trying to remember to save the words for something really, very, important. This was easier when I was very young and content to be alone. It became tougher and tougher when I was taunted by Diane Bagget in the 2nd grade EVERY SINGLE DAY who promised she was going to whip my butt on the long walk home. (Now, I don’t remember why she wanted to do such a thing because like I said, I was a quiet and given to mindin’ my own business and had not TAUNTED her. But never mind all that because I had to waste some choice words to try to reason with her or to talk tough enough to escape a beating.)

It was third grade when I found out about the trees, those blessed creatures of God’s creation that feed us air. In other words - oxygen. “Which of course people need,” the teacher said, “TO BREATHE! (Emphasis mine). Something broke inside my mind, like an old, dusty, place being cracked open. The one that holds old ideas that don’t fit anymore. And a new truth replaced that spot somewhere in the Cortex of my brain. We breathe in oxygen. The trees feed us air. Our words are limitless! I can tell Diane Bagget to kiss my fuzzy head and drop dead without ME not dropping dead in mid-sentence! Oh, the wonder, the bliss, of possessing the freedom to communicate without self-censure.

I literally skipped all the way home from school that day. And I remember rushing up the stairs and into the house and explaining this glorious concept of OXYGEN and breathing and words forever to my Mother and her saying something like, “Well, of course that’s the way it works.” Just as if all people in the world are born knowing this. I bet I was a little more jovial and talkative than usual from that point on. Okay, maybe more talkative but no more jovial.
But now, here I find myself all these years later and words are still what I’m made up of whether it’s writing them, saying them, or just contemplating their purpose and their power. And that leads me to return to that childhood notion on occasion and dust it off, shake it and hold it up to the light. I mean, What if?

What if our words were as measured as our days and the two were intrinsically linked together? What would we say and what would we refrain from saying? As writers, as storytellers, where would we invest our courage and our passion?
With the turn of the calendar, I’ve been mulling over the old and the new, looking at 2008 and wondering what’s in store for us this year. And amazingly, for reason I’m not sure of, my thoughts turned immediately to this collective of jazzy, southern authors on, A Good Blog is Hard to Find. To the authors whose words grace these pages, and to the readers who follow those words like bread crumbs in the dark.

As the Good Book says, “Without a vision the people perish. Therefor, write the vision . . . ” and I thought of how I felt that this year, maybe more than any year that I’ve been aware of, I feel that people in our country are longing for a vision. That there are silent voices crying out for someone to paint a picture, to remind us of who we once were, to paint a picture of who we still could be. Maybe that’s why my thoughts straight here. As writers, particularly Southern writers, we are bridges to the past. There is no doubt or question about that. But I also feel we are conduits to the future. That just as surely as we can capture the past, preserve it, and breathe new life into it, we can reach out and touch a future that’s worth pulling into the present. I feel with all my heart that our words are meant to champion what is worthy of the human soul, to protect and promote it for all its worth. Whether we’re literary writers, mystery writers, writers of fantasy, sci-fi, true crime, or romance hot enough to make a girl blush, there’s power in those pens. And if there has ever been a season in all our sloppy solitude, in all our glorious, messy lives I think it’s now. I think the world needs its storytellers to act as mapmakers for the future. To paint a picture with our words that our children’s, children’s children can walk straight into. After-all, if our words did measure our souls in syllables, we would want a few of those to be a part of something larger than ourselves, and something that outlasts us for a very, very long time.

Hoping that 2008 brings wonders to your world. Happy New Year!

y of Flannery O’Connor and Harper Lee. Jordan’s novel The Messenger of Magnolia Street, (HarperSanFrancisco) was published in January 2006. Kirkus Reviews describes the novel as “a beautifully written atmospheric tale.” The Messenger of Magnolia Street was applauded as “a tale of wonder” by Southern Living Magazine, who chose The Messenger of Magnolia Street as their Selects feature for March 2006, and by other reviewers as “a riveting, magical mystery” and “a remarkable book.” The novel was also selected by as a major book of the month release for a major book club publication.Ms. Jordan teaches and speaks on ‘The Power of Story’, and produces and hosts the radio program BACKSTORY, on WRFN, 98.9 FM, Nashville Saturday’s 4:00-6:00 CST. She has just completed a new work of fiction. Jordan and her husband live in Nashville, TN. You may visit the author at www.riverjordan.us

What a beautiful post, River...words for the new year...and bridging stories past and present for our children and our children's children.

This is lovely. I love the kid logic and shift leading to the energy for words and hope and remembering our collective truth by the end. Thank you for the passion & commitment within.