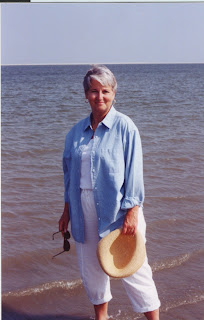 A couple of weeks before Christmas, my husband and I decided to explore the new Best Buy store that had just opened a few miles off the island. It was an overcast Sunday afternoon, and we had a little time to waste. We spent close to an hour wandering the crowded but neatly arranged aisles, occasionally chatting with the helpful salespeople, most of whom were male and appeared, at least to us, to be not much more than fourteen years old. We didn’t buy anything, but I left there feeling as if I had dropped about fifty IQ points. Not only wouldn’t I have known how to operate the majority of the shiny gadgets, I didn’t know what most of them were for.

I began my professional life as an accountant back in the days when a mechanical pencil, an adding machine, and an orderly mind were the tools I most often employed. I was dragged kicking and screaming into the computer age but eventually came to love the programs that wouldn’t allow an out-of-balance transaction and thus eliminated the need to hunt for hours for an errant dime. When I became an author, I wrote my first two books longhand on legal pads, transferring to computer as a first edit, but I soon grew to cherish the freedom of backspacing and cutting-and-pasting. In other words, I’m not a complete philistine.

But that little jaunt to Best Buy convinced me that the parade has passed me by. I have a printer and a scanner—oh, and a DVD player—but that’s about it. I don’t know Bluetooth from BlueRay, a Garmin from an iPod, and I’m not sure I want to. It seems as if the moment I’ve figured out the purpose of some startling new piece of technology, it’s been obsoleted for something smaller, faster, and more complicated.

For example: Replacing my old cell phone was toward the top of my list of priorities for 2008, so I stopped in at the Alltel store this past week. At least the young woman laughed politely when I told her I didn’t want a phone that had a name. I mean, come on! Why on earth would simple communication devices need to be called Venus or Chocolate? It took her a long time back in the storeroom to come up with a telephone that—gasp!—just made and received calls. I don’t want to connect to the Internet, download music, take pictures, or wear out my thumbs typing messages. I mean, isn’t that the point of Mr. Bell’s exhaustive experiments? To allow human beings to talk to each other over distance?

Another innovation that’s confounding me as an author is the book trailer. I’ve checked out quite a few recently as the release date for The Mercy Oak approaches. I’ve found them to be clever and well done, but I’m not convinced that not having one will necessarily doom me to obscurity in the post-modern world. Yet more and more of us are scrambling to jump on this particular bandwagon, even though the trailers I looked at averaged about 250 “views” each. That’s not many, and I have a feeling a lot of these viewers were, like me, other authors checking out the phenomenon. Maybe I’m the only person on the planet who doesn’t spend every waking moment on MySpace or Facebook or YouTube, but there it is. For myself, well-written flap copy is much more likely to entice me to go home with a book than anything I might encounter online. Still . . .

It’s a brave new world out there, but more and more I’m beginning to pine for the old one. Some of you remember it: A time when you didn’t know the bad news until you read about it in the paper the next day, and they’d had time to get at least the rudimentary facts of the story straight; when automated calling programs purchased by a plethora of politicians didn’t bombard your every waking moment with pitches for your vote; when people actually talked to each other face to face or wrote letters on paper after choosing their words carefully and thoughtfully.

So you see? I’m right. Old-fogey-dom has finally overtaken me. Sigh. I keep thinking, though, that if for some reason the electricity goes out all over the world or the WorldWideWeb crashes down around our ears, I’ll be okay. I can still balance my checkbook with a pencil and my brain, and I think I have a few legal pads tucked away somewhere. It’s not much consolation, but it’ll have to do.

Kathy Wall grew up in a small town in northern Ohio. She and her husband Norman have lived on Hilton Head Island since 1994. Her 8th Bay Tanner mystery, The Mercy Oak, will be released April 29 by St. Martin’s Press
Posted by A Good Blog Is Hard to Find at 9:15 PM

I can relate to the cell phone incident and had a laugh on your comment. I was informed last year that my phone had to be upgraded because soon it would not be working. When I received my new cell I was informed that I had to set it up for voice mail. I told the techs that I only wanted to use the phone for making and receiving calls--no picture taking, no text messaging, etc. They were totally in shock. So I recorded a message that I do not take no take voice messages. I usually just keep the phone off until I want to use or know someone is trying to reach me. New technology isn't as great as they would have us to believe. From a "50+" year old fogey.