Festivals are Fuel for the Subconscious 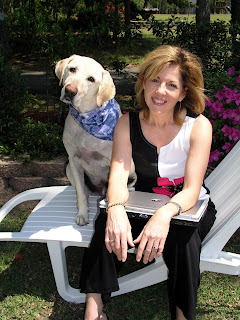 It all started with dominos. After seeing an episode of 'Royal Pains' during which Hank's brother played dominos in Cuba, I decided that I needed to learn the game. With my best friend, Peggy, in tow, we dug through my mom's attic storage until we found boxes of games—and old photos. There was one of me, high school age, in a pink gown. I never, ever, ever, should have told Peggy what it was. But hindsight is never around when you need it.

"Oh, that's a high school picture from when I was in the Miss Mosquito beauty pageant, in Texas."

"It's a pretty big deal there," I told her. The Great Texas Mosquito Festival is an annual, three-day affair held in Clute, Texas. There's a Mister Mosquito legs contest, watermelon seed spitting, lots of beer drinking and barbecue eating. And every year, some lucky gal is crowned Miss Mosquito.

Dominos forgotten, Peggy rapid-fired me with questions, and actually rolled on Mom's living room floor laughing when she found what I did for the talent competition. But, hey. Not all southern gals can sing or dance. My thing back then was studying martial arts. My talent was a weapons kata. I thought it turned out pretty good, although I recall the judges ducking a few times during my routine. I don't think anything flew out of my hands, though.

Since Peggy—near seizure status at this point—wouldn't stop laughing at the absurdity of a festival that honors mosquitos, I refilled wine glasses and reminisced. I grew up in several parts of the country, but ended up in Texas before relocatig to South Carolina. Writing southern fiction is all about the rich cultural customs and traditions, the weather and the food, and yeah, the crazy, odd, jaw-dropping-if-you're-from-California-like-my-friend-Peggy festivals that we throw. Near where I live in South Carolina, here's a sampling of annual festivals: Chicken Bog, Tobacco, Chitlins, Pig Pickin', Pig-callin', Turkey Calling, Peach, and Sweet Potato. Just in case you're wondering, of course they crown a Sweet Potato Queen.

I didn't enter any more beauty pageants after the Miss Mosquito adventure, but I've never stopped attending festivals. I ADORE them. Get a group of southerners together for a good cause and you can't help but to have fun. Plus, festivals are wonderful fuel for any writer's subconscious mind! Talk about characters? I've seen a harmonica-playing blind man being led around by a geriatric bloodhound. Rows of country folk chowing down on plates of fried pig intestines. (That would be the chitlins.) Ladies in dresses and floppy hats, hand-rolling their own cigarettes. I could go on, but I'll keep this post short and leave you with a simple message: GET OUT THERE! Explore the day-trip destinations near where you live and look for community festivals. Even though summer is coming to a close, the cooler days of fall promise a whole lineup of great excuses for a party. The Moonshiner's Reunion and Mountain Music Festival in Campobello, SC, for starters.
Posted by A Good Blog Is Hard to Find at 2:10 PM

I've go to annual Chitlin Strut in Salley. What a stench! I love the new design of this blog, BTW. It was time for a new look.

Loved getting to know you and the Miss Mosquito is so southern it's not even funny! I am loving this blog as so great to find so many great new reads like YOURS!

That martial arts talent would have carried you far, had you decided not to stop with the Mosquito Queen title. As always, you make me laugh! Hope to catch you at a festival ... though we missed the Hell Hole Swamp Festival this year, I'm liking the sound of the (cooler-weather) Moonshiners reunion!