Projecting Your Characters...on the Silver Screen

After an addictive read, do you find yourself wondering what actor could play the part of the protagonist?

Hollywood is all abuzz now about who is going to play the "girl" in THE GIRL WITH THE DRAGON TATTOO. [I vote for Ellen Page.] And I've heard Angelina Jolie is eyeing the script for Ron Rash's SERENA.

When you write, do you picture the characters as actors?

I don't while I'm drafting, but when the manuscript is finished [they're never finished, really, they're abandoned]  it's fun to speculate, and cast the movie.

On MyBooktheMovie I was asked to people my novel SECRET KEEPERS with actors...to cast it.
It was great fun.

Emma Hanley - Frances Conroy
I’ll never forget Frances Conroy's fascinating role as Ruth, the matriarch on HBO’s Six Feet Under. Both Frances and Emma, as it happens, are redheads and willowy and southern. Frances, born in Georgia, would capture Emma's soft lilt and steely kindness--and her unexpected chance for a late-in-life romance. She’d make Emma her own.

Bobbie Hanley - Ryan Gosling
Ryan Gosling did a beautiful job portraying the socially inept, fragile but engaging Lars Lingstorm in Lars and the Real Girl. He could bring the same dignity and innocence to Bobby, a former science prodigy who struggles with bouts of schizophrenia.

Jake Cary - Benecio Del Toro
As police officer Javier Rodriguez in Traffic, Benecio Del Toro played a character both incorruptible and smoldering. Brooding and principled. It’s an attractive mix. Jake, head of the Blooming Idiots, is like that. He needs to have a head for business, but he has a soft heart for anyone who needs a hand, and he’s carrying a secret torch for Dora.

Gordon - Clarke Peters
Clarke Peters played the cool-headed and dedicated Lester Freamon on The Wire. Clarke could bring his intensity and his humorous touch to Gordon—a war buddy of Jake who sleeps in the woods, who sees things others miss, whose latent gifts emerge and change everything.

Kyle Quattlebaum - Zach Gilford
Kyle is full of passion and mischief like his mother, Dora.. Friday Night Lights Matt Saracen, played by Zach Gilford, is a sensitive, occasionally awkward but always appealing teenager, who is close to his grandmother. 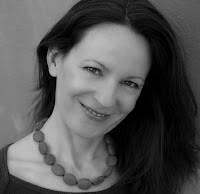 What a fun exercise, Mindy. I think you did a great casting job.

I enjoyed your blog, Mindy. When I write I don't picture anyone playing the movie role. But it's fun to speculate after all the shouting is done.

Thanks Mindy and there was some news for me too that I had not heard. I read visually so always great to read something for your perspective!