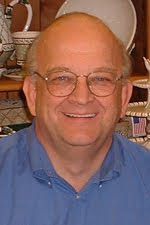 “It Takes A Village”
It has been said that writing is a solitary experience, but I have found that when it comes to getting a book published and promoted it takes a village. When I wrote my first book I relied on stories about myself and others. It was a collection of stories about things which had happened to me, my friends and my family. If I hadn’t had the stories about my friends and family it would have been a very short book.
When I was writing these stories I had no idea they would ever be published. I was just getting them down for my family to read someday. That was good enough for me but it wasn’t good enough for my friend Ed Williams. He encouraged even demanded I make an effort to get them published. Ed had written a book titled SEX, DEAD DOGS AND ME and I guess he figured if he could get that wild a book published then me and my mild stories stood a chance too.
I did end up getting that book published, thanks to Ed, and then I entered the world of publicizing the book. This was the fun part because I like to talk and I like to schmooze and publicizing is talking and schmoozing. I also enjoyed it because it brought me into contact with other writers and that has been one of the best experiences of my life.
Here I was out trying to get somebody, anybody to buy my books and I was in proximity to writers like Milam Propst, Jackie White, Niki Collins-Queen and Ed Grisamore. I knew these people. I had read their books. They were stars in my local sky. And they were all nice to me and encouraging to me. I began to feel like maybe I would be able to join their group.
All of the authors I met were nice to me and encouraging. One of the nicest was Patti Callahan Henry. We met at the South Carolina Book Festival (my home state) and saw each other at different venues after that. Around this time I was asked to present at the Georgia Center For the Book. I called everyone I knew and asked them to show up, but since I live in and this was taking place in , I didn’t have many people to call.
The night of my presentation arrived and a few people showed up. I spotted familiar faces who mouthed “You owe me one!” Just as I stood up to speak a back door opened and Patti and her daughter entered. I was amazed that with her busy (and she stays busy) schedule she had come. When it was over and I thanked her for coming her answer was, “Did you think I wouldn’t?” That is the kind of person you want in your village.
In addition to writing books I review books and this has been a little awkward over the years. I am always honest in my opinions and that strikes some people wrong. I have even had some authors ask me not to review their books which I think is crazy as any publicity helps – good or bad. At least as an author myself that is how I feel. After all it is just an opinion.
Writing, reviewing, talking and schmoozing – it’s all a part of a wonderful career known as writing. Once you are published you get an entrance ticket to the wonderful world of writers. This literary world quickly becomes an additional village from which you can draw creative strength and personal enjoyment.
JKC
Jackie K Cooper is the author of five memoirs. His sixth, BACK TO THE GARDEN, will be published by Press in the spring of 2011. He still depends on his “village.”

What a great introduction post. I can't wait for your next book. I am so blessed to have both you and Patti as friends. I'll see you this weekend in Suwanee.

I now consider you part of my village