Writing To The End Of Time 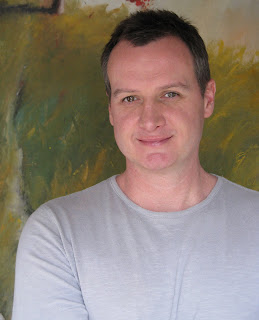 Recently I opened up a writer’s workshop by asking participants, “Why do we write?” I’ve learned a great deal from these dialogues, but one answer in particular has stayed with me. An older man, who had arrived on a bicycle with plastic bags containing his lunch tied to the handle bars, raised his hand. “Immortality,” he yelled.
Lately, I’ve been thinking about that man. I find writing to be much like working out – something that I struggle with a good deal of the time, but also something I have to do. It helps me to keep balance in my life. Like the man from the workshop, I also write as a form of immortality.  When I was trying to get my first novel, A Place Called Wiregrass, published, I collected a drawer full of rejection letters. It was enough to drive a person to drink, or to at least ponder easier ways to be humiliated.
Then one day I received not one, but two rejection letters. The letters were from different divisions of the same New York publishing house – one from an editor saying that he loved the character’s voice but couldn’t relate to the story and the other from one of his colleagues saying that she loved the story but couldn’t relate to the character. I didn’t wince that time. I laughed. The light bulb went off. Writing is art and art is subjective. Whether my novel was read by anybody outside my circle, I was going to continue to write what I would buy and read. My hope was that one day, long after I’d left this world, somebody might find a dusty, mildew stained Kinko’s box with my work in it. The person would read it, might even enjoy it. A piece of me would remain. It was one of those mental breakthroughs that characters in short stories have right toward the end.
After twenty-six or twenty-seven rejections (who’s counting?) A Place Called Wiregrass finally got picked up by a small publisher. They hired a fantastic publicist. They put a nice cover on the book that caught the eye of a buyer at a big chain. And I jumped in the car and on my own dime, went from bookstore to bookstore in the southeast. Thanks to the independent stores that welcomed me and got behind the book, it became a Booksense selection. It won an award. A year later the rights to the book were purchased by one of the publishing houses that originally rejected it.
With all the talk these days about the struggles of publishing, I’m reminded that the business doesn’t get any easier. However, I continue to write. Writing helps me to make sense of life and if it provides entertainment to someone, all the better. But in the end, writing is a form of art. Whether we are a writer, editor, reader or all of the above – we come at it with different tastes and life experiences. Writing has lasted through the ages. Regardless if the words are read on paper or on a Kindle, the magical art of storytelling will be here long after I am around, that’s for sure.
Michael Morris is the author of the award winning novel, A Place Called Wiregrass, and Slow Way Home, which was named one of the best novels of the year by the Atlanta Journal Constitution and the St. Louis Dispatch. A finalist for the Southern Book Critics Circle Award, he currently lives in Birmingham. www.michaelmorrisbooks.com
Posted by A Good Blog Is Hard to Find at 9:59 PM

Michael,
Thanks you so much for this post! For all of you aspiring authors out there, it's a tough haul these days and that only increases my efforts to help promote authors, like Michael Morris and all the southern authors on this blogspot!
It's all about the story, folks, which to me is bottom line when it comes to publishing. Michael's books are some of my favorites and know they will be some of yours too! He writes from the heart! Keep those comments coming as we want to know these author's stories are appreciated!!!!!!

Michael,
Thanks for a great reminder on why we REALLY do this. It came at a perfect time for me. I love writing, and that's the thing we have to cling to when the going gets tough. Yes, these are tough times. But if we continue to write truthfully, and yes, remember that this is art, we will have the one thing that trumps all others: satisfaction.

How ironic those two editors had opposing opinions. Everyone's got one and no two are alike.

Fantastic post and a reminder that the real work begins after you have a book in your hand.

Just to share: I recently received a rejection that said how well they liked my book, but "... we just do not think we could sell enough copies of this book to make it economically feasible for us. We are looking for projects that will sell 5,000 copies in the first year."

I appreciate their honesty. Authors must truly believe in their story and be willing to make personal sacrifice in order to write, handle rejection, edits, book cover anxiety and then, sell books. You've done well and deserve all the compliments you receive.

Only 27 rejections? Never mind--we aren't running a contest, I know. I can't even go to conferences these days, so because postage is so costly (not to mention ink and paper, etc.) I've had to narrow my queries to the Internet. It helps so much just to know we're not alone, whatever our publishing success or lack thereof. Now, if only we could persuade our children to take an interest in what we write, maybe immortality would be within our reach.