Getting From Point A to Point B 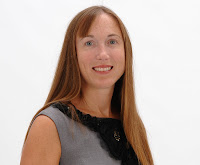 One of the reasons I really enjoy reading writing blogs is that I get to find out all the different ways writers get to where they are now.

Another reason is that I really enjoy connecting  to writers.

For me, writing the South is what comes naturally to me. And while there are plenty of Southern writers, finding them and connecting to them isn’t so easy.

That’s one reason I was excited when I stumbled on “A Good Blog is Hard to Find” over a year ago. And I was even more excited to write for it. I’m a fan of most of the writers on this blog and the others’ books are on my “to be read” list.

Why is it so important to be part of a writing community? I think it’s because writing is such an isolating activity, by its very nature. And many of us don’t have non-virtual writing friends…so the connection becomes even more important. And it’s even more fun when you share a similar background or live in the same region.

We’re all giving a little “getting to know you” segment for our new blog readers—and also just to get reacquainted with other writers in the group.

• I grew up in Anderson, SC…and have lived in Georgia (briefly), Alabama, South Carolina, North Carolina…and England. I studied abroad in college and wrote articles for Nine to Five magazine in London.

• After college, I married and moved to Vestavia Hills, Alabama, near Birmingham. Wrote for a local magazine.

• Had a baby. Spent many hours playing on the floor, sweeping Cheerios from under the highchair, and bolting the furniture to the walls (active baby.)

• Moved to Matthews, NC, near Charlotte. Had a second baby.

• Realized during an episode of Sesame Street that the idyllic writing cabin in the middle of nowhere was going to come through for me at exactly half-past never.  Started writing my first book, taking full advantage of baby’s naptime, and any Teletubby programming that I could write during.

So that’s how I got from Point A to Point B with my writing. How about you?

I wondered some of these things about you. Now I know.

I took a voluntary layoff from 10 years in banking and finance to write. Hopefully I'll never have to go back. I love writing and the promotional aspects.

Baby nap-time can be very useful. When I spent 3 months at home with my first son, I wrote a physics article (about nonlinear waves) on his nap time. I worked out all the math analysis, little by little, working for about an hour every day when he was sleeping >:)

Elizabeth - Thanks for sharing some of your own journey to being a best-selling author. Like you, I find that connecting with other writers is so healthy on a lot of levels. One of your comments really resonated with me: writing can be isolating. It doesn't have to be, though, and we can all support one another. Thanks for being one of our leaders : ).

Wow, so great to meet you through your blog and checking out your books TODAY! Inspiring to me to read all the southern author's stories posting daily so keep up the good work and hopefully we will meet one day in person!

When my children were little I started writing so I can relate to what you are saying about nap time. However, life was a lot more bumpy for me. Now, the children are grown and I have two grandchildren I finally have time to really devote to my passion.
Nancy
N. R. Williams, fantasy author

My children are still little and I certainly don't know how you all fit writing in. They're even busy during quiet time and TV time!

Thanks for letting us get to know you, Elizabeth. And it brought me back to this blog! It's been a while.

It's so great to read more about you and your journey!

I'm realizing that maybe I didn't take full advantage of nap times. I either slept or allowed myself to be hypnotized by Barney.

Fun learning more about your background, Liz. And lived in England? I'm jealous!

I loved your tale of writing during the children's naptime. After twenty-five years and nearly seventy books, I'm trying to learn how to write during MY naptime!

I loved your tale of writing during the children's naptime. After twenty-five years and nearly seventy books, I'm trying to learn how to write during MY naptime!

Living in so many places must have given you wonderful fodder for your creative mill. It's great to get to know you through this blog. I look forward to being part of this fabulous commnity of Southern authors.

Don't think I could write with Teletubbies in the background. Unless I was writing about their graphic demise.

Cold as Heaven--Now THAT would take some focus!

Margot--And to you for being so generous to all of us!

The Pulpwood Queen--Thanks so much! I hope we can. Love your book club blog!

Nancy--I think that in many ways, I'll look forward to that!

Michele--If you fit it in really small segments, it works pretty well. But you have to really be prepared to leap right in!

Theresa--There WAS something a little hypnotic about those shows!

The Old Silly--It wasn't for very long, but I loved every minute of it.

Peggy--Do you know, I read an article recently called "Napping Your Book Finished" or something like that. They actually recommend thinking about your story before you go to sleep--and then letting your subconscious take over!

Anna--Thanks so much! I think really all our experiences add so much to our writing.

Alex--You know, I handled the Tubbies pretty well. Barney, on the other hand? Bleh!