I am a Southern girl. We have mud on our feet.-Tina Turner 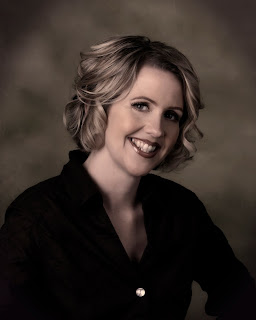 I am The Cracker Queen. It says so in my book. I am an unabashed and unapologetic Southern woman. My people still drink liquor from an ol’ fruit jar. Still know that stories are everything.
My book, The Cracker Queen—A Memoir of a Jagged, Joyful Life, tells how I came up on the wrong side of the tracks among hellions, heroines, bad seeds, and renegades—also known as Mama and ‘em. The real-life characters in The Cracker Queen are folks everyone can relate to, like my Crazy Aunt Carrie. She shot her first four husbands and went to jail for assaulting a police dog. You know the type; every family has one. No?
Anyhow, my book celebrates a different kind of girl raised in the South: a strong, authentic, fearless, flawed, resourceful, and sometimes outrageous woman. But the book is for anyone, not just Southern women. The deeper theme is a very human one: how to triumph through hard times and emerge with your sense of humor intact. After all, Cracker Queens know that she who laughs, lasts.
SOUTHERN LIVING DOES NOT APPROVE OF THE FOLLOWING MESSAGE
Southern Living (SL) ran a Q&A with me last year.  In an exclusive for readers of this blog, I’d like to share some of my responses that did not make it past the editorial board.
SL: Who’s the funniest person alive?
Me: Mama. She posts original sayings on her fridge. My favorite: “If it has tires or testicles, it’s gonna give you trouble.” (In retrospect, I guess that line wouldn’t go well next to a corn chowder recipe.)
SL: What about do people not know?
Me: It rained dead birds in my hometown of . 50,000 birds, 53 different species. (Okay, maybe dead birds don’t make for a good photo shoot either.)
SL: What is your biggest regret?
Me: Honey, Cracker Queens don’t have regrets!
SL: What talent do you wish you had?
Me: I wish I could time travel to a 1950 honky-tonk and hear Hank Williams.
SL: What’s your biggest fear?
Me: Playing it safe. Now that’s a scary thought.
SL: What’s your idea of happiness?
Me: An ample supply of books, a bottle of Black Bush Irish Whiskey, and a cat by my side.
SL: What’s your greatest success?
Me: When I make someone laugh.
Lauretta Hannon is the author of The Cracker Queen—A Memoir of a Jagged, Joyful Life and a commentator on National Public Radio’s All Things Considered, where her stories reach 25.5 million listeners. Her memoir was named one of the Top Twenty-Five Books All Georgians Should Read, according to the for the Book. She also offers writing seminars through her . Southern Living says she is “the funniest woman in .” Join the ruckus at thecrackerqueen.com.
Posted by A Good Blog Is Hard to Find at 7:08 PM

I love your Mama. Have you thought about letting that woman travel with ya A La Robert Leleux-style! Congratulations on the film! Putting Mama on DVD...you've come a long way, Missy!

One of the best books I've ever read! Finally a book I can relate to that even gives gals like us a NAME!! I am a proud Cracker Queen too, and embrace my crazy, dysfunctional family. Thank you for making that OK. And please, write another.

Lauretta, you succeed with me every day, then. How many times Mitch and I remember meeting you and laugh at everything that was going on. Can't wait to see you again. Loved the book.

Wonderful post. And I also loved the book. When I read about the goat man, I called my dad and we had a long conversation about the goat man who traveled through North GA into Western North Carolina where I grew up. My grandmother had a picture of him!

It takes true talent to write eloquently about a man who smelled of goats, and a talented writer to share her family who wasn't dysfunctional at all, they just "loved differently."

What a fun post. I'm off to hunt down your book, this sounds right up my alley. If you look up dysfunctional in the dictionary, you will see our family portrait :) Or as my husband likes to say, we put the "fun" in dysfunctional!

Now why couldn't those grand folks at SL see how real women drink irish whiskey and can identify trouble in whatever form it takes a mile away? Must tell you bout a little true essay I submitted called Swamp Witch that they found reallllly interesting but not suitable for publication for the magazine. God love em cause they have featured two of my novels and my mama was prouder of that than me writing a book!
Keep it real girl.

River, I must read Swamp Witch--it's the title of one of my favorite childhood songs! Carry on!

I'm looking forward to meeting you in person at the conference tomorrow...my mantra: Women who behave never made history...
trish h.