Good blogs are hard to find, which is why I’m glad Kathy Patrick agreed to keep herding this one. Why read a blog? Don’t you have enough to read already? 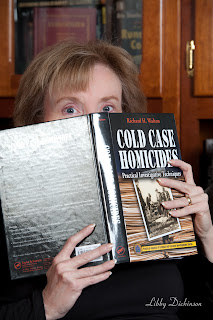 On one hand, that’s good news. We have lots more to read. But let’s face it, even if you are Super Reader and chug through four books a week, you can read only 200 books a year. Most of us don’t have even that much time. So how can we make sure we aren’t wasting our time on less-than-good books? Or books that might be great for someone else but wrong for us?

Blogs and book clubs. That’s how. So I’m glad to meet all y’all. Together, we’ll discover some books and some writers we’ll enjoy.

By way of howdy, I grew up in South Carolina, where my family has been for right at 300 years. The other family branches settled in the western North Carolina mountains. In other words, we don’t get out much. Or, as I prefer to see it, when you’ve found a good thing, stick there.

My books are set in Upstate South Carolina, in hill country, where I grew up. Yes, the Southern Appalachian chain dips into South Carolina—where they filmed the movie Deliverance. And yes, South Carolina can be just as crazy as what creeps out into the national press. We’re perversely proud of it, too. But that’s another blog. 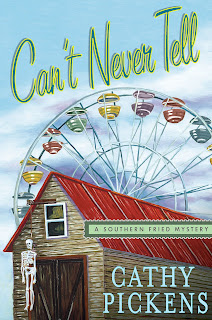 Attorney Avery Andrews returns to her small town after a spectacular courtroom blow-up, where she had had enough of her own lying witness. She doesn’t plan to stay. She just needs to lick her wounds, have some Thanksgiving turkey, and head back to the big city and another big law firm.

But something happens – she finds you can go home again. And she finds that her quirky family and friends and habitués of her hometown exert a strange, strong pull on her.

Publishers Weekly called the first book “a cozy with sharp edges.” That’s as good a description as any. I prefer the term “traditional mystery” to “cozy” because life isn’t always gentle. I like humor in mysteries, but not silliness. But, most of all, I wanted to write love letters to the little-known, often-misunderstood place where my roots run deep. I want the characters to be recognizable to those who know the real South, with authenticity and affection.

Yes, I own a hand gun and know how to use it, have raced my car up and down mountain roads, love whitewater rafting, and have won trophies as a clogger (mountain square dancing). I’m older now; my knees object to too much climbing or clogging. But, in true Southern fashion [to paraphrase Hodding Carter], I’ll be nice to you right up until I’m mad enough to kill you. Which is why I write murder mysteries.
Posted by A Good Blog Is Hard to Find at 7:13 PM

Great post Cathy. I can't wait to read your work.

Blogs and Book Clubs, you hit the nail on the head when it comes to where to go to discover new authors. I was talking to a mystery writer the other day and she told me that she hears this all the time from bookstores, "Oh, I am sorry, we don't do mysteries"! I clutched my hands to my heart and gasped, "What, you say?" Lord have mercy, I live on the mysteries of life. My book club, which just happens to be the largest "meeting and discussing" book club in the world, The Pulpwood Queens and Timber Guys, flat out through a hissy fit if I don't throw in a good mystery now and then. And hey, the northern chapters don't even know what a hissy fit is but they are crazy about mysteries. So I digress, introducing Cathy Pickens to the world. Southern Fried Mysteries are right up my alley, in fact, some people have used that little phrase in reference to me.
You keep writing pistol packing mama and we'll share the word on your great reads!
kat
The Pulpwood Queen

Loved that photo, Cathy. And I've never heard that expression "by way of howdy" but I love it! I was just up in Deliverance country. Goodness, it was much cooler there, but still pretty zesty.

What are you working on now?

I enjoyed your post, Cathy. The titles are great, and I love that you throw a little humor into the murder mix. What fun!

It's great to be in the company of so many wonderful Southern writers. Our region is rich with such sayings such as "by way of howdy." Love it, Cathy!

I can't imagine anything better than "a cozy with sharp edges." Congrats on all your success!

Great post. Much to smile at and much to ponder.
Now I'm off to read that cozy with sharp edges. Or traditional mystery.
By whatever name we call them, I love the genre.
And yes, fun picture, too!

That's how I discovered so many new-to-me authors, by reading their individual blogs, group blogs and other people's blog.