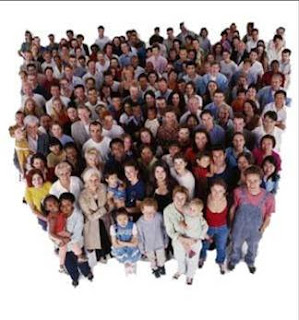 When I made the decision to quit teaching and be a fulltime writer, I wondered if I’d have a problem staying at home by myself, talking to no one except the dog. Would I lose all my social skills? Would I end up being one of those people muttering to themselves, slapping at imaginary flies, and making homemade bombs in my basement?


Also, as a teacher, every Friday afternoon, my colleagues and I would peel out of the parking lot to head to a nearby Longhorn for a couple of cold ones. As a fulltime writer, who was I going to drink and commiserate with? At the time, I was the only novelist within fifty miles.

It didn’t take me long to start reaching out to other writers, a task made easier by the Internet. I joined a now-defunct community for readers and writers called Readerville. I’m sure my puppyish exuberance over being a newly pubbed author was extremely annoying, but the writers there were very patient with me. No one tried to squelch my enthusiasm by saying, “Wait until your novel hits the remainder bin, kiddo.” They allowed me to believe that my publishing experience would live up to all my dizzying, golden daydreams.

Later, when it became clear I needed to make efforts to promote my books, I again reached out to a community of authors, this time women writers. I started the Girlfriend Cyber Circuit, a virtual tour of thirty women writers. That was five years ago when blog tours were still a novelty. Our purpose was to promote member's books, but we also functioned as a support system for each other. If a girlfriend emailed the group saying, “Help I need to find another agent” or “who’s the best website designer?” within minutes (sometimes seconds; many writers are compulsive e-mail checkers), her inbox would be stuffed with suggestions.

After blogging daily for several years, I got burned out. To cut down on my blogging, I decided to start a group blog (or grog as it’s sometimes known) with Southern writers, many whom I'd met at regional book fairs and other author events. That’s how A Good Blog Is Hard to Find was born. Nearly everyone who I invited said, “Yes. I want to be a part.”

I loved the blog, mentioned it to everyone I knew, and even included the address on my author postcards. It’s been a great three-year run for me. When I sent out the email saying I was ending the blog, I was humbled by all the sweet emails my fellow bloggers sent me. I thought maybe I’d made a mistake, but then Kathy Patrick swooped in to resuscitate the blog and sprinkle it with her special brand of fairy dust. I was thrilled. This blog obviously meant a lot to many people, and I’m glad it’s not going to die.

Thanks for being part of this big Southern family, bloggers and readers alike. Thanks to wonderful people like you, I’ve been writing fulltime for eight years and have yet  tomake a single homemade bomb.

P.S. I’ll still be around, blogging with the rest of you, but instead of being the queen bee, I’ll be a dutiful drone.
Posted by A Good Blog Is Hard to Find at 9:25 PM

A Good Blog Is Hard to Find said...

Can I get an AMEN, brothers and sisters! Karin is exactly right. We all need each other more now than ever in this changing book publishing climate. I was going to say it is getting mighty cold then I remembered how HOT I have been all summer, hahahhaa! Is it true what keeps us truly southern is our warped sense of humor?
Karin, I'll keep it running while you go after that MFA! If you ever want it back, honey, it's all yours, as it should be. In the meantime, rallying the southern author troops and it's ONWARD SOUTHERN BOOK SOLDIERS! "As God is my witness, I will never let anyone go without one of your good southern books again!"

You brush over rather quickly all the behind the scenes work you did to pull this together, round up the ferel cats of writing and rope us down to a system - and make it something we were proud, proud, proud to belong to.

Love to all and if you have time and a mind to - tune in for a special Salute to A Good Blog Is Hard to Find Friday at 9am on 107.1fm Nashville area or http://www.clearstoryradio.com

I'm celebrating three years of publishing my own personal blob this week, Karin (with 460 posts) so I know how much work is involved, whether you're posting or administrating or some of both. I'm thrilled to be a blogger on A Good Blog and appreciate your laying the ground work and Kathy picking up the baton! Kudos to you both, and all my fellow writers on the blog:-)

It has been such fun to be in the same blogging boat with as the captain! Many, many thanks! I look forwad to your next book.

I'm so glad I found this community of writers/bloggers while you were still leading the team, Karin. I look forward to working with Kathy and to being part of this talented group.

Karin is right, as is Kathy. As a new blogger, it's hard to explain the energy this group generates. This blog is more than a place to market newly released books, it's a community...no, a family of writers who love the craft. The posts found here are honest and heartfelt.

This blog has woven us together like Kudzu. And everyone knows that it's impossible to kill Kudzu!

Karin, best to you and Kathy, we all remain in your debt.

Thanks for the comments, ya'll. And Kathy, I'm no Indian giver so it's all yours :) But I'm here to help if needed.

As a northern gal who always wanted to live in the south and always wanted to be an author, I kind of had both my dreams come true when after my first novel THE RICHEST SEASON, set on Pawleys Island, was published, Karin asked me to join this blog. Okay, I still live in NJ, but I write about the south, love the south, and now feel so much a part of your southern community of writers I may just start saying "y'all!"
Glad to be part of the gang. Thanks Karin, and Kathy!