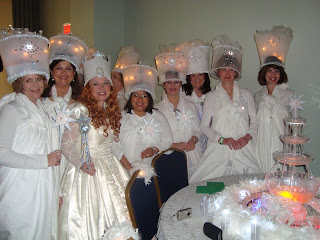 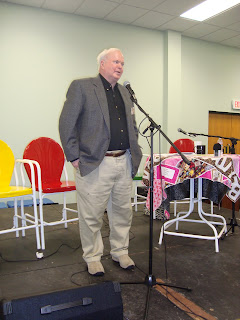 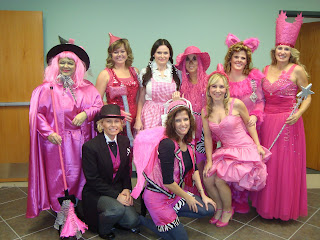 Dear Readers,
For those of you just getting to know me, you have to know I run two book festivals, Books Alive, a Christian and Inspirational Book Festival always held the second weekend in November and my Annual Girlfriend Weekend Author Extravaganza both held here in historic Jefferson, Texas!  I am posting some photos from last year as Author, Shellie Rushing Tomlinson sent me an amazing testamonial of why she attends such an event!  This year, our 11th Anniversary Girlfriend Weekend will have as KEYNOTE SPEAKERS: Fannie Flagg, Pat Conroy, (back by popular demand, see above), and Rick Bragg plus over 50 other outstanding authors, musicals artists, and actors involved in all this participatory book festival.


As it is now August , just one month until the Early Bird Special for our 11th Anniversary Girlfriend Weekend expires September 1, 2010, and all tickets go UP for our big Pulpwood Queens and Timber Guys Book Club hosted convention, January 13 - 16th, 2011.

Tuesday, I will be back in the shop to take your calls as you will want to take advantage of this considerable savings on all tickets to our big ta do! Check it all out on my Event Page on my official website at http://www.beautyandthebook.com/! Also do note: I have added a PAT CONROY/BERNIE SCHEIN Luncheon on Saturday for $50 that will go up to $75 in September! This is an event you will NOT want to miss as this is Pat's best friend since high school and I assure you that we will all be highly entertained!

Now this brings me to my good friend, author, radio show host, Shellie Rushing Tomlinson! Today is my tribute to my BELLE OF ALL THINGS SOUTHERN! These are some of the highlights in photos of our times together! Shellie has sent me the most amazing testimonial that I wish to share with all of YOU! Please read every word then check out all her links! To me she is one of the funnest girlfriends I have ever met and you mention her name and I know we are going to be highly entertained.

Thank you Shellie Rushing Tomlinson for being my true friend and I bless you with tremendous book sales and all good things coming to one southern belle who rings TRUE BLUE!

Author of "The Pulpwood Queens' Tiara Wearing, Book Sharing Guide to Life", which is NOW the mandatory first read for all my NEW Pulpwood Queen and Timber Guy Book Club Chapters!

Founder of the Pulpwood Queens and Timber Guys Book Clubs

I’m a relative newcomer to Kathy Patrick World. I’ve only been in the mix a few years now, but I’ve already had The Question posed to me by a number of authors. “So,” they ask, in a failed attempt to sound casual, “have you ever been to Kathy Patrick’s Girlfriend Weekend? Or is it Pulpwood Queen Weekend?” It’s both, y’all, and so much more. Clearly, word on the street has it that not being a Pulpwood Queen author is akin to leaving a hole in one’s resume large enough to drive a truck through. It’s true, too, but let the record show that while this may be a good marketing reason to mention it to your publicist, it’s not the reason to make January in Jefferson, TX a repeating event on organizer. Here’s what the authors that make the yearly jaunt to Kathy’s World know that you should to: This isn’t somewhere you go to get— meaning publicity, readers, etc. This is somewhere we get to go.

Perhaps a full disclosure and a bit of background would be order before we go any further. They call me the Belle of All Things Southern. I elbowed my own way into this industry a while back after a boring spell filing rejection slips, alphabetically, in my own ancient accordion style folder. I’m not the sharpest knife in the drawer but even I could see that if I had things to say I would need to build my own perch from which to opine as the industry wasn’t exactly clamoring to publish me.

Hence, in my own version of build it and they will come, I launched All Things Southern on the Internet, and soon afterwards I snuck into radio when no one was looking. My All Things Southern radio segments now air daily on a couple dozen radio stations across the South and my talk show ATS LIVE airs on FOXFM92.7 out of Monroe, LA on Friday mornings and streams in real time from my website. Three successful self-published books after building my home-made platform, Penguin Group USA rolled the dice on me and released, “Suck Your Stomach In and Put Some Color On” What Southern Mamas Tell Their Daughters That the Rest of Y’all Should Know, Too! I attribute my reception by the Pulpwood Queens and their high-octane book clubs to be largely responsible for that first book being selected a finalist for SIBA’s 2009 Nonfiction Book of the Year as well as for the excitement about it’s soon to be released sequel, Sue Ellen’s Girl Ain’t Fat, She Just Weighs Heavy!

As much as I appreciate the Pulpwood Queens, that career boosting hand-up is not why I’ll go back to Jefferson with rings on my fingers and bells on my toes, and I mean that literally. (Excessive digit decoration is one of the milder things that can happen to those who venture into Kathy’s World.) Oh, no, I’ll return to PQW as long as the Good Lord’s willing and the creek doesn’t rise because it’s like no other author event/book festival I’ve been privileged to attend, and I’ve been to quite a few in the last few years. At PQW there are no walls and no roped off areas. It’s a word fest free for all, a place where authors mix with readers and celebrate not just their own words, but the written word at large. Think of it as book-lovers on steroids with costume parties and dance contests thrown in for good measure!

In the event that you’re still undecided, and I don’t know how that could be, but I’m trying to work with y’all, here are a ways to tell if you’re ready for a Pulpwood Queen Weekend:

If you’ve never been in a group of people so diverse that you can’t tell who’s in costume and who isn’t, you may need a PQW.

If you’ve been to one too many of those stuffy book events where you have to hide your guilty pleasure book inside the latest hard to read but sure to be a bestseller paper-weight, you may need a PQW.

If you have ever wondered if leopard skins are here to stay, you may need a PQW.

If it’s been a while since you stood on a table-top and yelled, “Go Munchkins, Go Munchkins” until your voice was hoarse in an effort to help a mother-daughter munchkin team win a dance contest, you may need a PQW.

If you’ve never spent a solid week trying to get glitter out of everything you own, including your immediate person, you may need a PQW.

If you’ve always wondered what it would be like to meet your favorite author, you may need a PQW. Chances are he or she will be there waiting on you.

Suck Your Stomach In and Put Some Color On, What Southern Mamas Tell Their Daughters That the Rest of Y'all Should Know Too

~ All Things Southern, a radio and video show, website and FREE emag bringing you the charm and heritage of the South.

Contact Shellie to share her humorous southern stories with your club, organization, church or festival and celebrate the South!

You can visit me here:

Wow! What a great tribute. I've heard much about the Girlfriend weekend - all good - and hope to be part of it this time around! I think Elvis (my basset hound who thinks he's the King of Rock 'n' Roll reincarnated) will fit right in.

The Girlfriend Weekend sounds like a blast. Pat is a fabulous speaker, and it would be such fun to see him again.

Awesome! Love those costumes. I hope I can joing ya'll one of these years.

If you are interested in an advance reading copy of Pat Conroy's 'My Reading Life' email contact information to acsparks at randomhouse.com and visit Pat on facebook.com/PatConroyAuthor