Why Do You Write This Stuff? 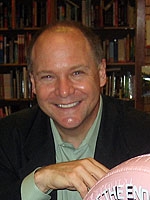 Someone once asked me, “Why is it all your characters are so stupid?” The answer, although I didn’t think of it at the time, is that usually my characters are based on me.
I’m not saying I’m stupid – far from it. I’m extremely bright and highly educated. I have a PhD. I read books. Hell, I write books. Still, I do things that others might consider odd.
For example one time I came in the front door, and my wife asked me, “Where have you been?”

“Walking around the block,” I answered. I had some weighty matters on my mind that day, and I often find a stroll clears my head.
“Wearing that?” was Nancy’s follow-up query.

I studied my ensemble. A perfectly clean – well, almost perfectly – white terrycloth robe, cinched at the waist with a matching terrycloth belt. I also had on tennis shoes, but no socks.

“Please, tell me, please,” Nancy said, looking at the floor with a frown, and pinching the bridge of her nose as if she felt a headache coming on, “that you weren’t also talking to yourself.” 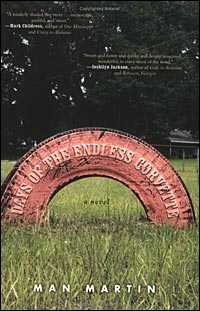 I considered. I probably had been talking to myself, but had no specific recollection. As I said, I had been wrestling with matters of weighty import, hence the reason for taking a stroll in the first place, and it seemed probable I had made my ruminations audible. Still. Talking to myself was probably overstating it by a fair margin; mumbling to myself was probably more like it. That being said, it must also be admitted that when dealing with complex topics, it is my practice to take both sides of the issue, to give every point a fair hearing. In the midst of a heated debate, I am prone to dramatic gestures, the better to emphasize a point.
Nevertheless, I did see Nancy’s point: a grown man strolling the streets in his bathrobe – reasonably clean or not – and talking to himself – be it ever so politely – is apt to raise eyebrows and attract the attention of passing patrol cars, especially if he is also gesturing to himself – even if it’s only in the give-and-take spirit of a free-wheeling debate.

This is why I write what I do. In my first novel, a mechanic believes that if he takes apart and rebuilds the same Corvette over and over again, saving the leftover pieces every time, eventually he’ll have enough parts to build an entire car.

I wrote this because it’s the sort of idea that occurs to me.

In my second novel, Paradise Dogs – due out this spring from Thomas Dunne Books, and a dandy gift for any occasion – the protagonist, Adam Newman, borrows a dozen loose diamonds from a jeweler. And loses them.

I wrote that because it’s just the sort of thing that would happen to me.

This same Adam Newman believes there’s a secret government project to dig a barge canal across Florida, and his son, the world’s least accurate obituary writer, is in love with his brother’s girlfriend, and…

Well, you get the idea.

These are the sort of people who walk around the block in their bathrobes.


Man Martin is the author of Days of the Endless Corvette, which won him Georgia Author of the Year in 2008. His next novel, Paradise Dogs, is due out this spring from Thomas Dunne Books. Visit him on the web at manmartin.net.
Posted by A Good Blog Is Hard to Find at 7:04 PM

Actually, you probably provided a valuable public service. I'd bet that several of the neighbors probably saw you ambling along, muttering to yourself...and no doubt called the police to complain. Since no law enforcement officers interrupted your stroll, it's safe to assume that they just didn't get there before you had completed the rounds and returned home. (For one thing, it probably took two or three calls before the desk sergeant realized there might actually BE somebody out there dumb enough to stroll through a neighborhood in nothing but a white-ish terry cloth robe and tennis shoes.) So for the next few weeks, the patrol shifts were probably instructed to take a few extra swings through your neighborhood just to placate the public, and "show the badge" (as per the latest cop-show lingo).
One might almost say you are a kind of real-life costumed hero, and I think you should post little signs alongside the street, stating: "This Neighborhood Protected by Robed Mumbler".

I have seen you walk around,gesturing to yourself in less than a bathrobe and shoes. I see nothing unusual here.

I thoroughly enjoyed your blog today Man as I am that kind of gal myself ever to the increasing horror of my daughters. My husband seems to accept this but my girls don't understand why mom wears pajamas to work and insists on wearing funny hats to church.
So nice to get to know you and I tip my funny hat to you this Thursday morning. Loved your first book and can't wait for your next one!

You sound perfectly normal to me, Man...for a writer. Yesterday, I got so cold writing a winter scene that I donned a sweater, leggings, and wool cap... then raced outside in hundred degree heat when I saw the mailman put an interesting looking package in my box.

By the way, readers should mark calendars and plan to line up early for a copy of Paradise Dogs. They're in for a HUGE treat!

Horton Foote once said that when his family overheard him carrying on multiple conversations with invisable people they knew he was working on a new play.